CHANGING DIRECTIONS: How science is contributing to cultural heritage studies and preservation from the Maya region to Miami –from Cuba to the Netherlands. 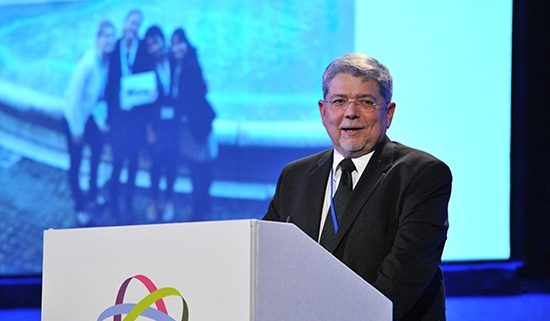 Join expert Dr. Alberto de Tagle for a meet & greet followed by a presentation on the value of conservation and testing in historic preservation.

Dr. Alberto Tagle is an exceptional Cuban born and educated conservation scientist who directed research in cultural heritage studies and preservation at the National Centre for Conservation, Restoration, and Museology (CENCREM), Havana, Cuba and lectured as associate professor on colonial architectural decorative paintings at the University of Havana. Dr. Tagle was Head of Research at the Netherlands Institute for Cultural Heritage in Amsterdam and since 2007 he has taught advanced conservation science at the Graduate Program in Historic Preservation at the University of Pennsylvania. Previously he was Director of the Scientific Program and then Chief Scientist at the Getty Conservation Institute, Los Angeles. Before that, he was head of the analytical laboratories at the Winterthur Museum and Gardens in Delaware.  Dr. Tagle is visiting Miami returning from the Maya region in Mesoamerica where he works with the Harvard Team preserving Maya sculpture.