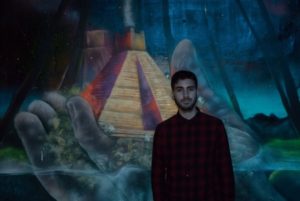 Jack Lax is a Neo-Soul/R&B singer and songwriter from Washington, D.C. He currently studies Music Business and Entertainment Industries and is part of the Bruce Hornsby Creative American Music at the Frost School of Music in the University of Miami. 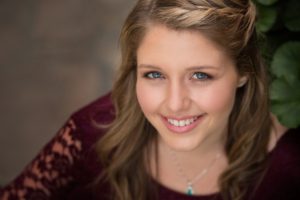 Jordan Hurwitz is an American singer/songwriter born and raised in Redwood City, California. She released her first album of original songs at age 16, and hasn’t stopped writing or performing since. Her songs are an outlet that speak to the challenges people face in their everyday lives, providing an opportunity to empower everyone to rise above.

“As I grow as a person and an artist, my music grows with me.” Jordan says. “The one thing that stays consistent is this: my lyrics come straight from my heart. This set of six songs focus on emotions and experiences that I have been through during this past year. Each and every day I am amazed at the power writing has in finding resolution and optimism in any event or feeling experienced by an individual. My experiences have led me to new ballads, dance music, a lot of vulnerability, a little sass, and above anything, GROOVE! Please enjoy this new set of tunes that I am so humbled and thrilled to share.”

LOVESICK. is Jordan’s fourth release overall, and her second working with Walden. She released her EP, Here I’ll Stand, the summer of 2015, also on the Tarpan Records label.  “Working with Narada is an incomparable and invaluable experience,” she said. “His talent and artistry take my music to a whole new dimension and continue to be nothing less than amazing.”

Here I’ll Stand gained Jordan international exposure and excellent reviews throughout the United States and Europe. Exclusive Magazine says about Jordan, “…[she is] so apt at creating musical visions to back her every lyric that it’s hard not to imagine her standing proudly alongside … Taylor Swift at an awards ceremony one day.”

LOVESICK. and Here I’ll Stand were preceded by Jordan’s first CD in 2013, Infinity, and The New Me, produced by Marcus Barone in 2014.

Jordan is a sophomore at University of Miami’s Frost School of Music in the highly regarded Bruce Hornsby Creative American Music Program. “Being a student at Frost provides me with the constant surroundings of extremely motivated and extremely talented peers as well as professors, keeping me eager to better myself and my music and making Frost the perfect place to continue my music education and work towards my career as a professional singer/songwriter.”

Jordan uses her lyrics as a way to work through the trials and tribulations of growing up. “A finished song always brings resolution to my internal conflicts,” she notes. “The problems themselves sometimes never change, but my actions and perspectives do. Every song I’ve ever written carries the motif of being broken and finding the strength to rise above. Often, before

I create the song I don’t have this strength, but the empowering lyrics play on repeat in my head until they become reality.”

“I would be nothing without my lyrics. My songwriting is who I am.”

Jordan’s musical experience began with piano lessons at age six, and has evolved to include drums, voice training, and guitar, all of which she now uses to accompany her songwriting. “Empowering myself with song was life-changing in itself, but that doesn’t even compare to the feeling deriving from other people relating to my songs. It gives me comfort to know that the issues I face are faced by other people, and it gives me a sense of pride realizing that with my music, I can help them feel better about themselves as well.”

She recently was able to fulfill another life-long dream of working as a songleader at her ‘home-away-from-home’ since 2002, Camp Tawonga in Northern California. She spent the summer of 2016 singing, performing, and sharing her love of music, as well as her love of the camp and nature, with hundreds of children who attended as campers. She is currently in the midst of planning a 10-week tour for this coming summer, traveling all over America to perform.

Jordan is always working on new music. She appreciates and is influenced by artists from many genres of music, including Billy Joel, Sara Bareilles, Ed Sheeran, Sam Smith, Demi Lovato, and Kelly Clarkson.

Enjoy live musical performances, good weather and $5 cocktails to benefit CGM every Friday from 5pm-7pm throughout the 2017 Winter season. Presented in partnership by Coral Gables Museum and UM Frost School of Music.

Bank of America – Museums On Us WEEKEND
Scroll to top