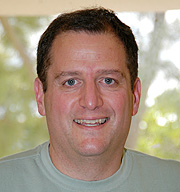 On Wednesday, June 8, in honor of the global World Oceans Day, the Patricia and Phillip Frost Museum of Science will present Science Up Close: Predicting South Florida Flood Risk from Days to Decades, featuring local scientist and University of Miami Professor, Ben Kirtman. Held in partnership with Coral Gables Museum, the event will feature a dynamic presentation by Kirtman, followed by small group discussions led by leading local scientists, researchers and professionals.

This presentation reviews the weather and climate processes that affect flood risk in South Florida, and will describe the current ability of scientists to predict that risk. Particular emphasis is placed on how sea level rise and changes in local rainfall may evolve in the coming decades in response to climate variability and change, and what critical scientific challenges need to be addressed to further scientists’ ability to predict future flood risk.

University of Miami, Rosenstiel School for Marine and Atmospheric Science

Professor Benjamin Kirtman received his BS in Applied Mathematics from the University of California-San Diego in 1987, and his MS and Ph.D. in 1992 from the University of Maryland-College Park. From 1993-2002,Dr. Kirtman was a research scientist with the Center for Ocean-Land- Atmosphere Studies and in 2002 joined the faculty of George Mason University as a tenured Associate Professor. In 2007, Dr. Kirtman moved to the University of Miami Rosenstiel School of Marine and Atmospheric Science as a full professor of meteorology and physical oceanography, and serves as the Program Director for Climate and Environmental Hazards. In 2011, he was appointed Associate Dean of Research for the Rosenstiel School, and in 2016 was appointed as the Director of the Cooperative Institute of Marine and Atmospheric Studies. In 2008, Professor Kirtman received the Distinguished Alumnus Award from the Department of Atmospheric and Oceanic Science at the University of Maryland, and in 2016 he received the Bruce Albrecht award for excellence in atmospheric science teaching.

Internationally, Dr. Kirtman has enjoyed a leadership role in the World Climate Research Program (WCRP) seasonal- to-interannual prediction activities. In particular, he has chaired the International Clivar Working Group on Seasonal to Interannual Prediction (WGSIP), and the WCRP Task Force for Seasonal Prediction (TFSP). Dr. Kirtman is a coordinating lead author for the Intergovernmental Panel on Climate Change (IPCC) working group one – the Scientific Basis. Professor Kirtman is also an Executive Editor of Climate Dynamics, one of the most prestigious peer reviewed journals in the field and is an Associate Editor of the American Geophysical Union Journal of Geophysical Research(Atmospheres). Dr. Kirtman has received numerous research grants from the National Science Foundation, Department of Energy, NOAA, NASA, and the Office of Naval Research, and he leads the North American Multi-Model Ensemble Prediction (NMME) Experiment. Professor Kirtman is the author and/or co-author of over 120 peer reviewed papers focused on understanding and predicting climate variability on timescales from days to decades.