Unfolding 117 Years of History with the Miami Herald 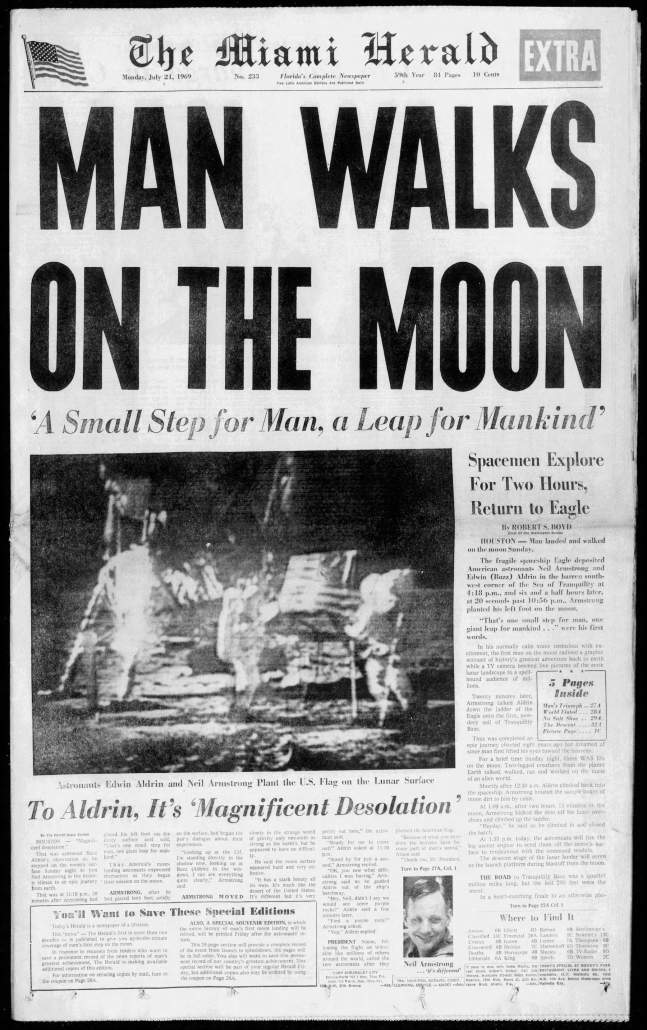 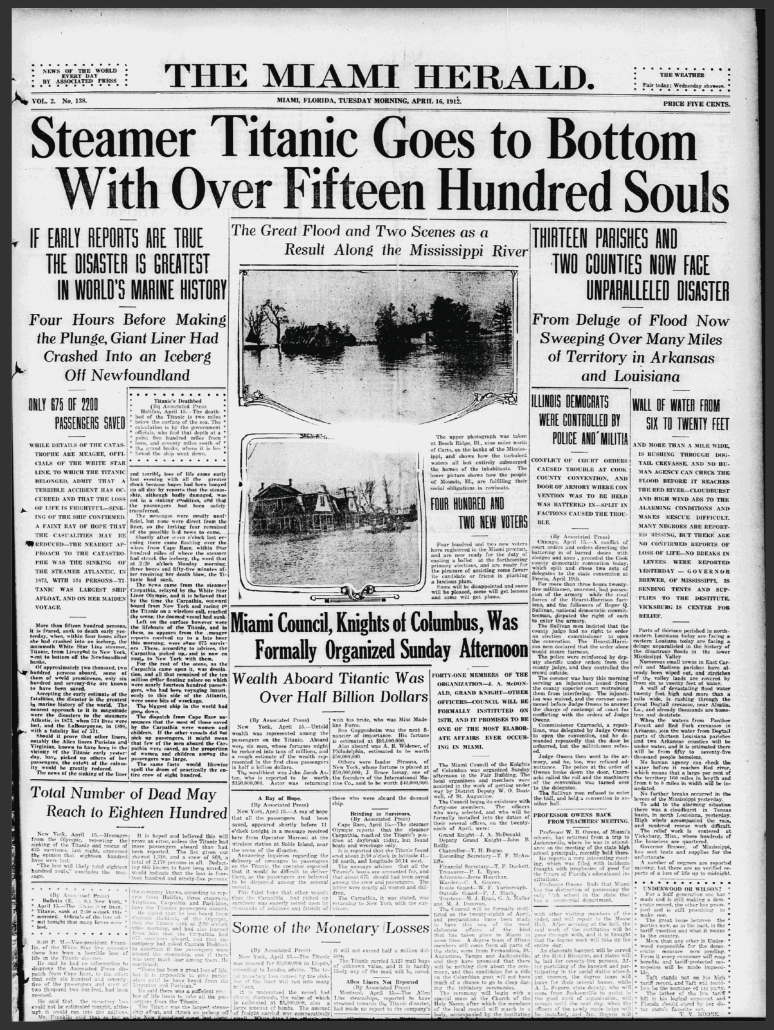 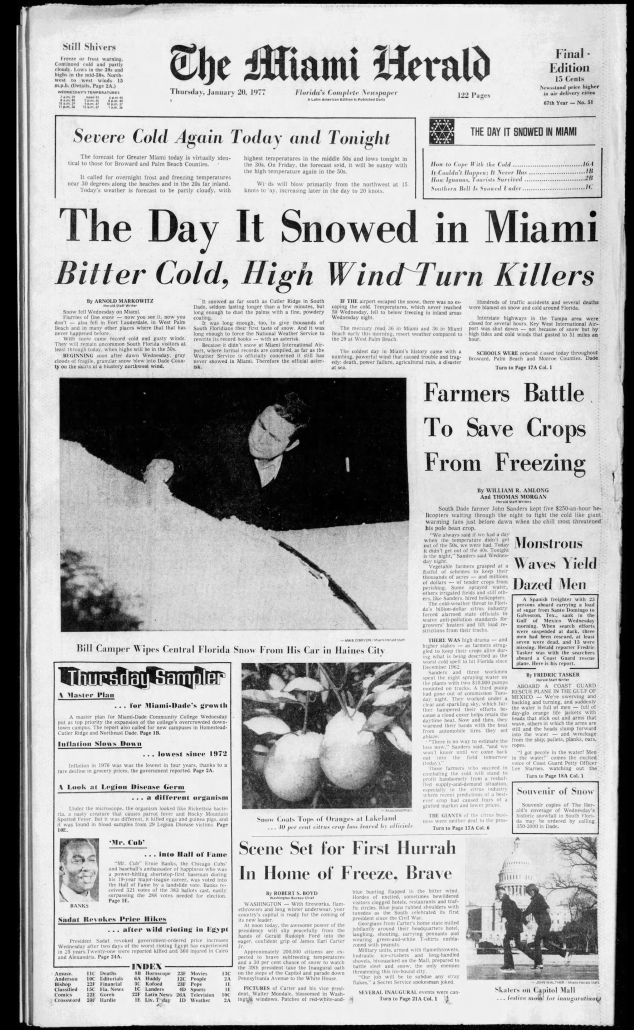 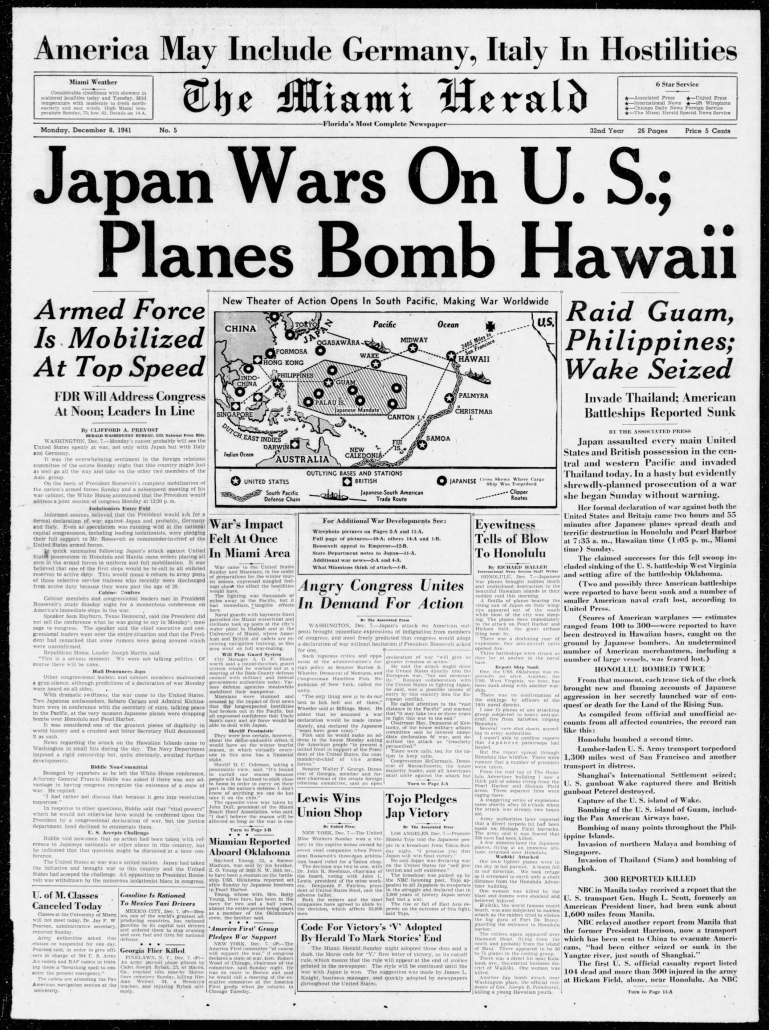 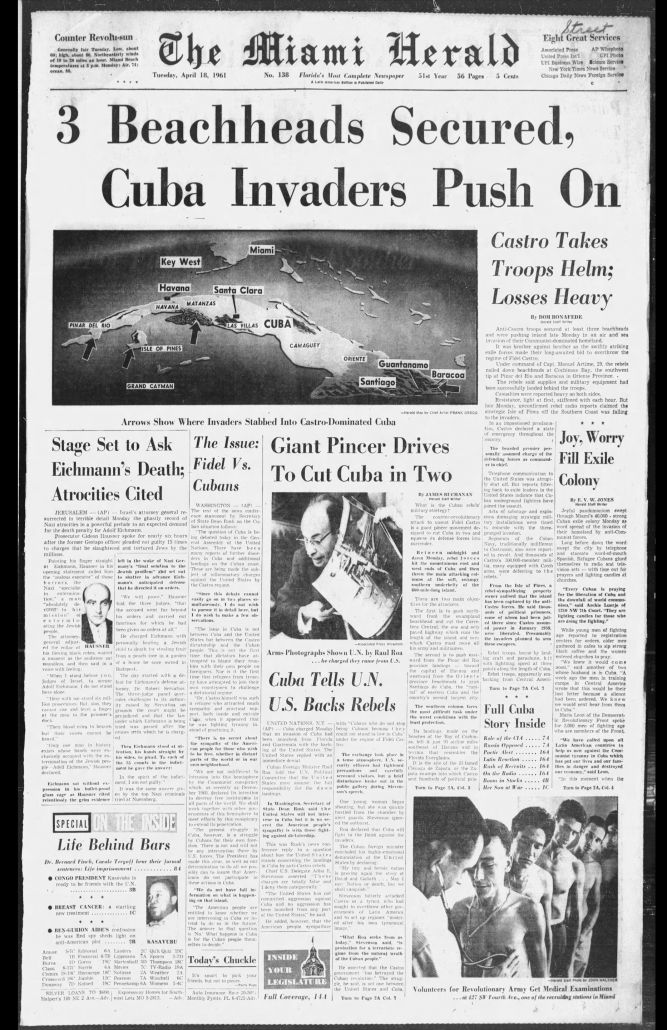 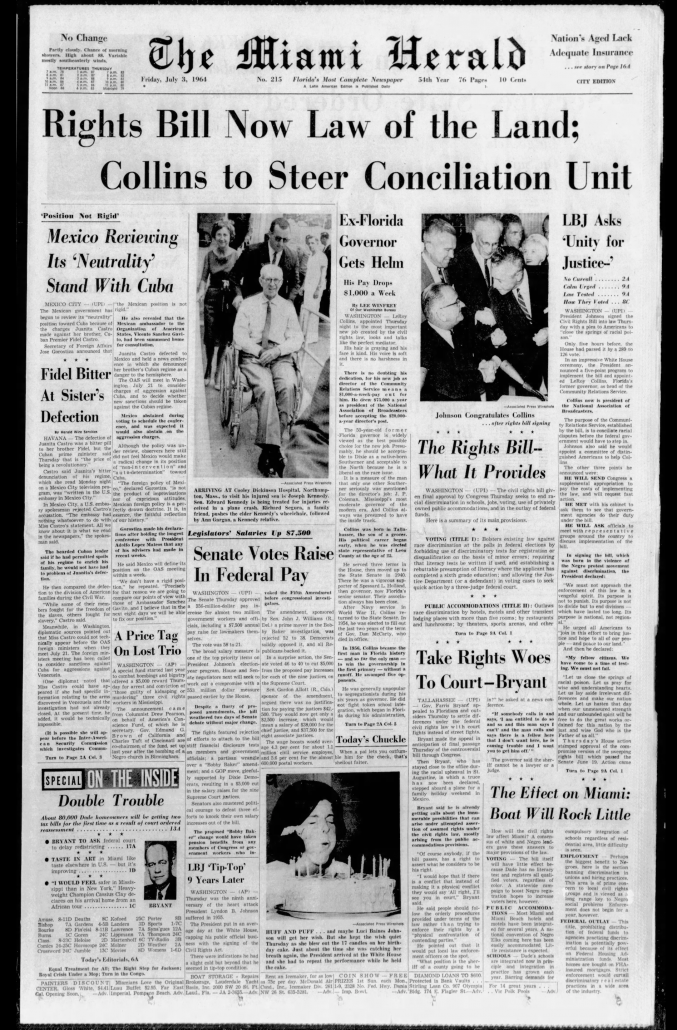 Since the City of Miami’s founding in 1896, newspapers have played an unparalleled role in shaping public opinion, solidifying a sense of community, and reporting the events which have shaped the course of history. The newspaper – which dates back to 17th century Europe – often serves as a society’s collective consciousness; a battleground laden with conflicting ideologies, explorative creativity, and reflections of the self. Headlines! Unfolding 117 Years of History with the Miami Herald serves not only as an unfolding of the Miami Herald’s past, but also of city’s past, for the identity of both the newspaper and Miami are inseparably intertwined.

Throughout the exhibition the visitor is presented with over 75 front covers of the Miami Herald spanning from 1903 to 2020, whose headlines prove that journalism really is the first draft of history. Headlines, as we know them today, did not come into use until the late 19th century when increased competition between newspapers led to the use of bold-faced, attention-grabbing streamers across the front page. Traditionally, a paper’s headline is reflective of what a society has deemed important and “newsworthy.” There is much to be learned about a community through the exploration of what it chooses to write about as well as what it chooses not to write about. Headlines! offers a vital retrospective of the shifting values found within the ideologies of both Miami and the rest of the nation for the past 117 years.

The Miami Herald, one of the most successful newspapers in the United States, has been awarded 22 Pulitzer Prizes and has retained a faithful readership for over 115 years. The paper has been a champion of journalism and the arts – it stands as breeding ground for hard-hitting editorials, compelling photojournalism, and thought-provoking illustrations.  It’s a resilient institution, overcoming and thriving through the advent of competing mediums such as radio in the 1930’s and television in the 1950’s. Presented at the turn of the decade and at the dawn of a new digital era, Headlines! prompts visitors to re-examine the contemporary editorial landscape and observe the impending metamorphosis facing print-media today.

Produced in association with the Miami Herald

Presented by the Knight Foundation

HEADLINES!; Unfolding 117 Years of History with the Miami Herald
Scroll to top