A Matter of Time; Examining Forty Years of AIDS While Living through a Pandemic

Life-altering events are a matter of time. In the summer of 1981, the Center for Disease Control (CDC) published the first reports of five young gay men in Los Angeles with respiratory complications and other infectious diseases; two had already died. Later, the world would know the disease as AIDS or Acquired Immune Deficiency Syndrome. Over 75 million people worldwide were infected with HIV, and more than 33 million have died since the beginning of the epidemic.

Taking a multidisciplinary approach, the exhibition A Matter of Time… gathers information on the emergence and development of AIDS, forty years after the first reported case. Myriad publications, videos, ephemera, and documents help audiences understand the phenomenon during the first years of the epidemic from the perspectives of science, public health, and socio-politics. These historical materials range from information on international AIDS conferences and AIDS walks, to the annotations and observations of pioneer CDC researcher, Bill Darrow, featured in the also-included film, “And the Band Played On” (1993). 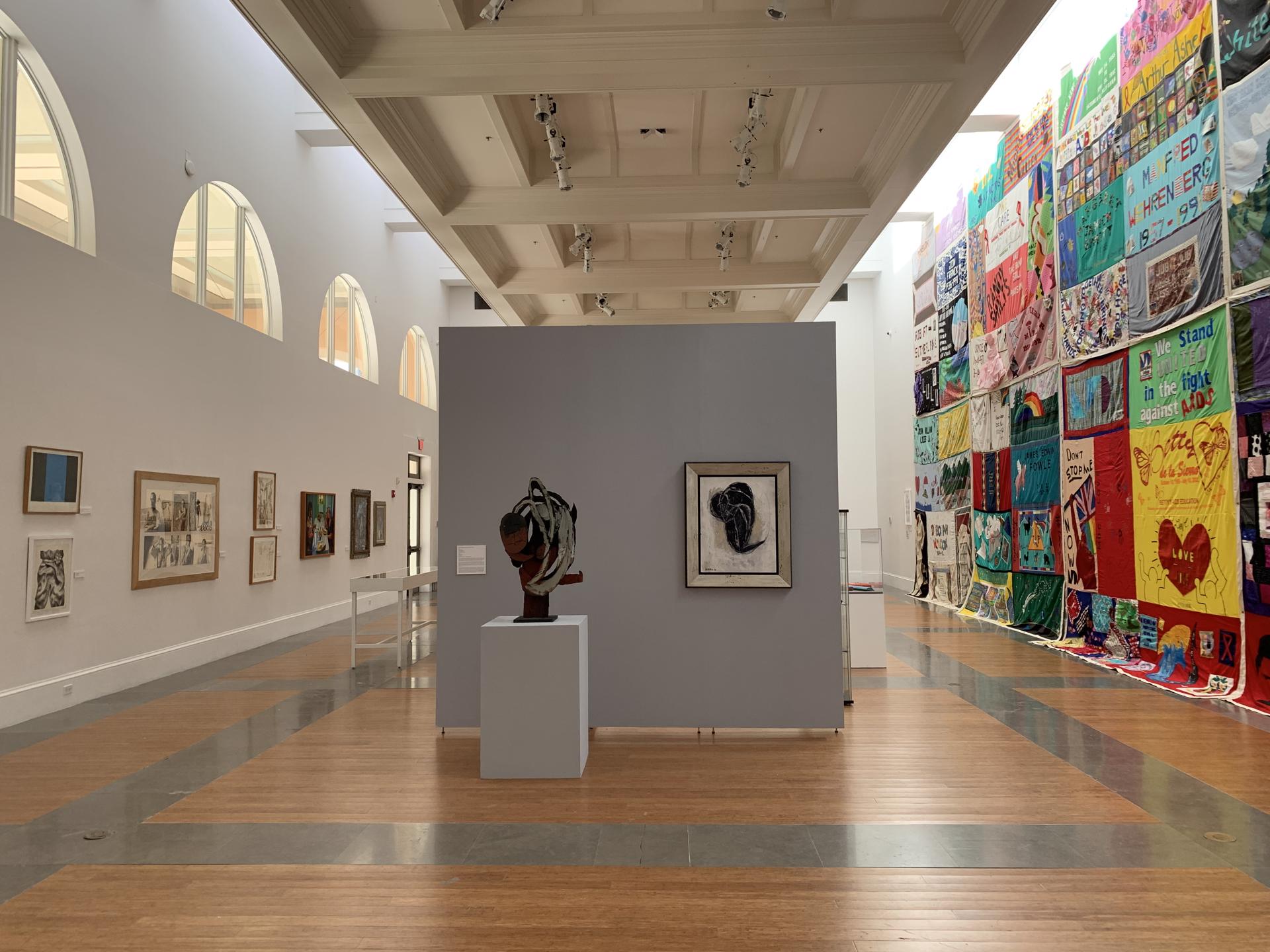 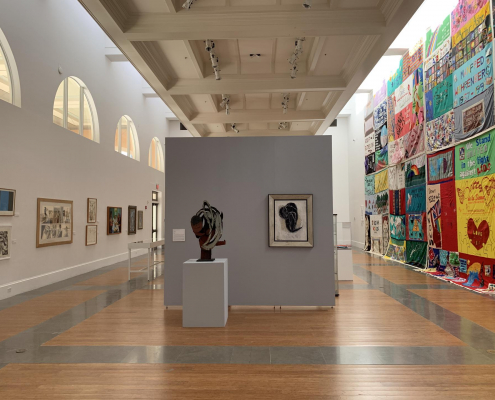 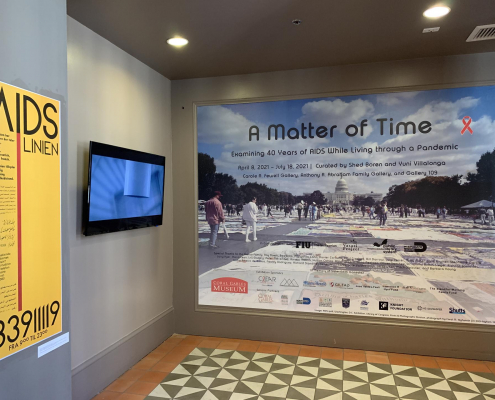 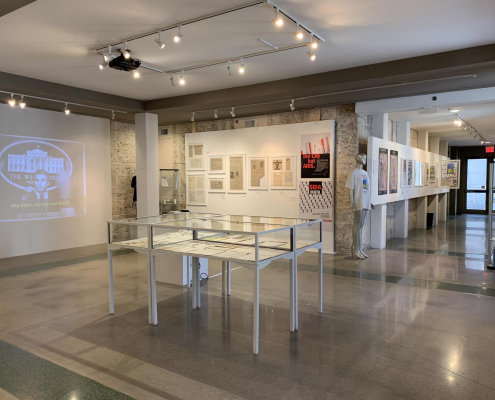 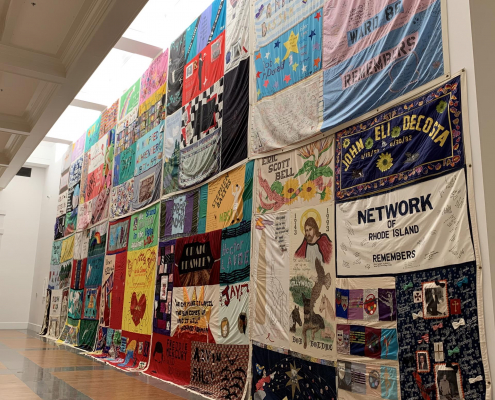 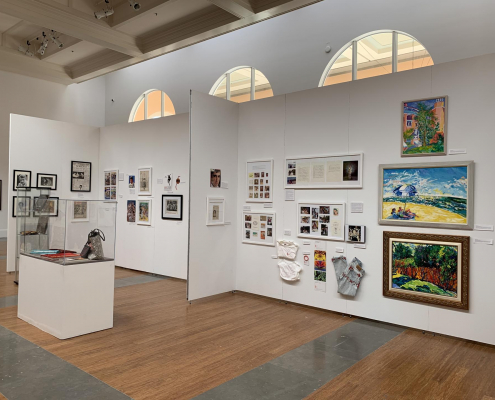 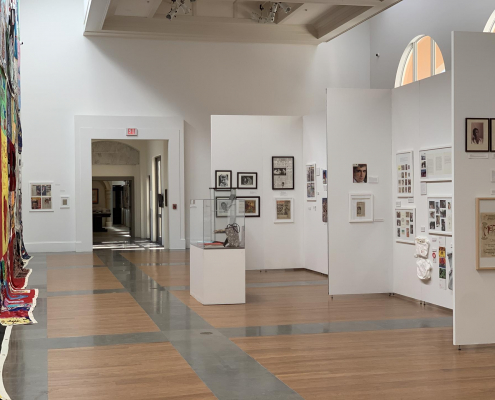 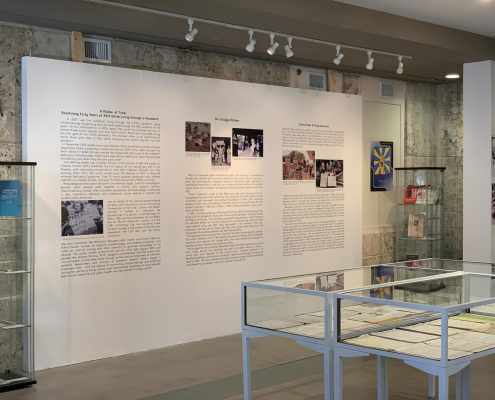 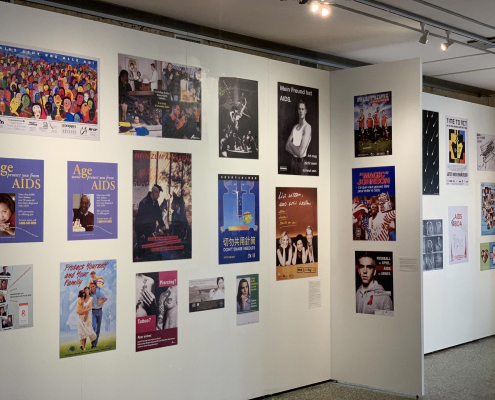 An encompassing selection of AIDS posters from The Wolfsonian-FIU’s collection gives audiences insights into the importance of design in awareness campaigns and illustrates the changes in the social and institutional language. These reflect and chronicle the public presentation of the epidemic in various countries throughout the decades, as the scientific community discovers the intricacies of the disease. A selection of ten panels of the AIDS Memorial Quilt pays homage to local, national and international celebrities, as well as to people that will always remain anonymous and yet represent the different segments of the population who died from the epidemic. Included in The Quilt are such figures as fashion designer Halston; tennis player Arthur Ashe; singers Hector Lavoe and Freddie Mercury; choreographers Rudolf Nureyev and Alvin Ailey; actor Rock Hudson; and visual artist and activist Keith Haring, among many others.

This exhibition recounts and illustrates in depth an array of local stories. Wilma Bulkin Siegel, MD, is a doctor who devoted herself to art as a personal form of healing after her painful experiences working with AIDS. She painted portraits of her patients, accompanied by their stories, which would integrate a 1998 memory quilt. The Alonso-Brito family, a Cuban-American family of talented artists who lost four of their members to AIDS, contributed paintings, jewelry, clothing, and audio recordings, among other remembrances of their loved ones. Huston Ochoa, one of their descendants and a student of Social Work, has worked closely with co-curator Shed Boren in developing part of the story. Having lost both of his parents to AIDS as a child, for Ochoa, helping tell his family history has been part of a healing process.  “This project started out as my effort to help Huston, who was my student at the FIU School of Social Work, understand the HIV epidemic which killed his parents. Then, I felt the need to expand the subject to reflect all the different components of the epidemic,” says co-curator Shed Boren.

The show also reflects trailblazing efforts to safeguard the artistic heritage of those who died of AIDS. Projects such as the fundraiser “Art Against AIDS” (1987), founded by Sheldon Lurie, and “The Estate Project for Artists with AIDS”, conceived by Patrick Moore and spearheaded in Florida by Patricia Jones, brought together key figures of the South Florida arts community. Touched by AIDS (1998,) an exhibition curated by Barbara Young, Margarita Cano and Helen L. Kohen at Miami-Dade Community College’s Centre Gallery, paved the way for other local curatorial initiatives that have been instrumental in granting artists whose lives were cut short by AIDS their due place in art history. Included in the show are works by Carlos Alfonzo, Jon Fernando Brito, Wilfredo Brito, Humberto Dionisio, Fernando Garcia, Juan Gonzalez, Sheldon M. Lurie, Carlos A. Macia, and Adolfo Sanchez. “We are very thankful to our collaborators, The Vasari Project, and the Miami-Dade Public Library not only for facilitating the loan of important artworks, documents and ephemera, but also for their contribution to the research on the visual arts section of the exhibition. The input of librarian Barbara Young and artist and art administrator César Trasobares, active members of the Miami arts scene at the time, was instrumental to better understand a period that I did not experience personally. We also found a supportive response from collectors and the families of these artists, who loaned works and took the time to relate personal memories and make sure the story was told accurately,” said co-curator Yuneikys Villalonga.

The project “What Now?” (1997), curated by César Trasobares at the Aljira Center for Contemporary Art, New Jersey, brought together imagery and reflections of artists living with the disease, at a time when they were confronted with the first “cocktail” or set of medications that prevented death. “What Now?” is to be remarked as an instantaneous picture of that critical moment of both uncertainty and hope throughout the nation. Trasobares is also represented in the show with his piece “Only You” (2021) setting a dialogue with the work of his colleague Keith Haring as a challenge to reflect on the merging of provocative universal subjects.

A different, yet contemporary, take on AIDS is that of artist Yucef Merhi with his work “The Artbox” (2000). In 18 miniature plexiglass boxes of different colors, the artist presents that he considers the most relevant cultural icons of the year 2000, thus trying to capture the zeitgeist or spirit of the times, as a portable and playable museum. One of the boxes contains the source code of the computer virus “AIDS” that circulated almost at the same time when scientists found the first cures for the biological virus. Merhi managed to “capture” or “discover” the virus by surfing the “dark web.”

“A Matter of Time…” is organized by the Coral Gables Museum in collaboration with The Vasari Project, Special Collections & Archives, Miami-Dade Public Library System, Miami, FL, and The Wolfsonian-FIU. “The Museum is very proud of this collaboration with such prestigious institutions in South Florida, for the first time in our history. We hope this is just the beginning of many other conversations,” said Executive Director, John R. Allen.

*This exhibition is dedicated to the memory of Sister Edith Gonzalez.

RSVP for
Sew to Tell 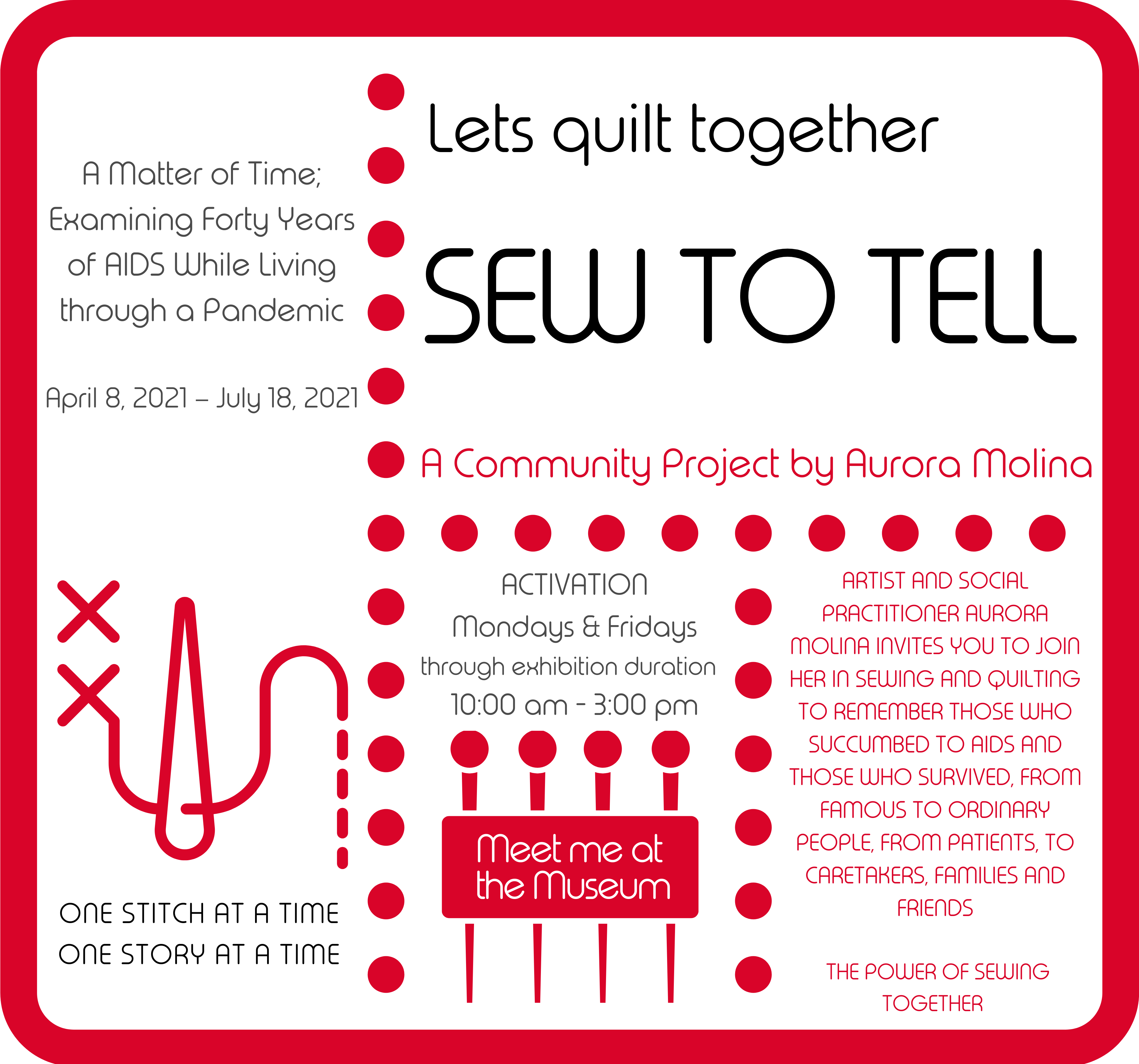 See below for a list of upcoming events that are part of this series. Each of these events will be available to the public both in-person and online. Click on each event title for additional details and corresponding Zoom meeting link. 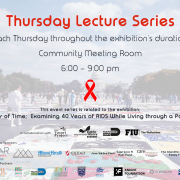 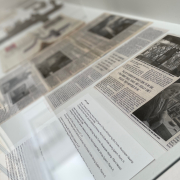 Thursday Lecture Series : The Vasari Project and the Artist as Archive