Pelé, as the world knows him, is considered by football fans and journalists the world over to be the greatest footballer in the history of our game. To capture the many personal and significant moments of his life and career, Pelé has created a unique and colorful art collection. Each artwork is inspired by a story that Pele tells in his own hand and style, revealing thoughts and emotions that bring the many cherished personal memories of his career to life.

Edson Arantes do Nascimento, also known as ‘The Black Pearl’ began his lifelong relationship with the game of soccer by playing barefoot in the streets of Tres Coracoes with a ball made of stuffed socks. At just 15 years of age, he was bought by Brazil giants Santos, playing in the national team at 16 and winning his first World Cup at 17. He remained with Santos for almost 20 years scoring an incredible 1087 goals in 1120 matches and is the only footballer to be part of three World Cup winning squads.

Original artworks will be available for sale. A portion of the proceeds will benefit the Coral Gables Museum. 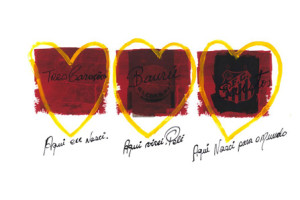 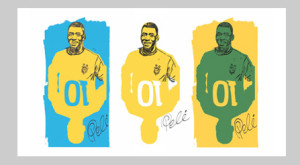