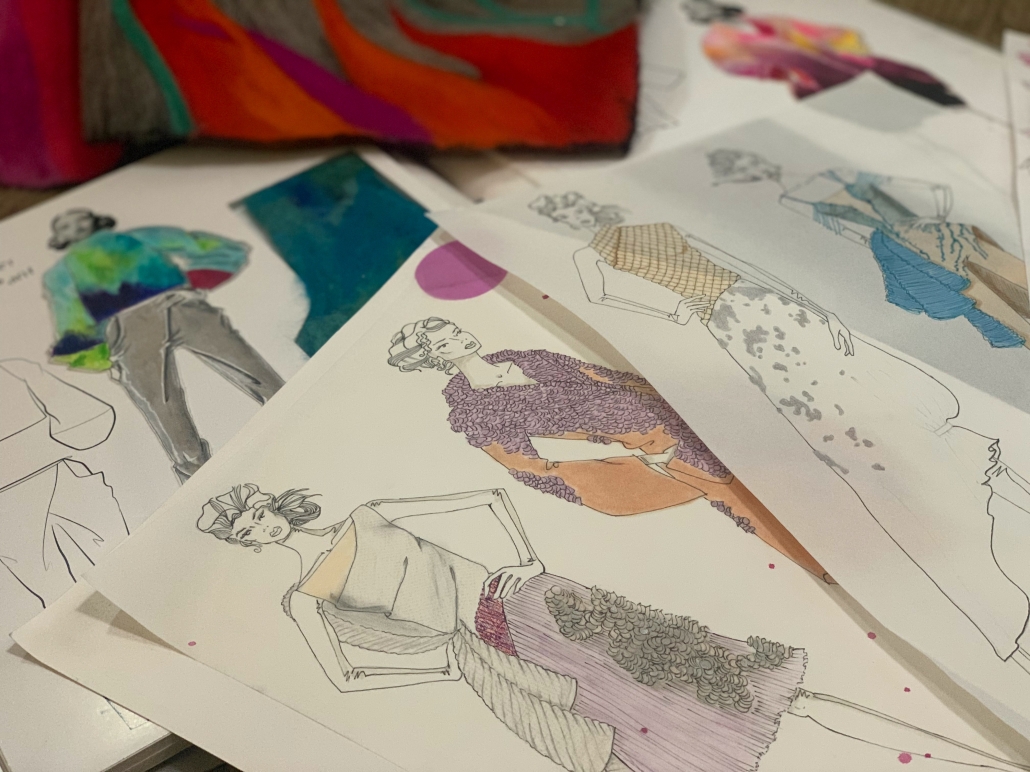 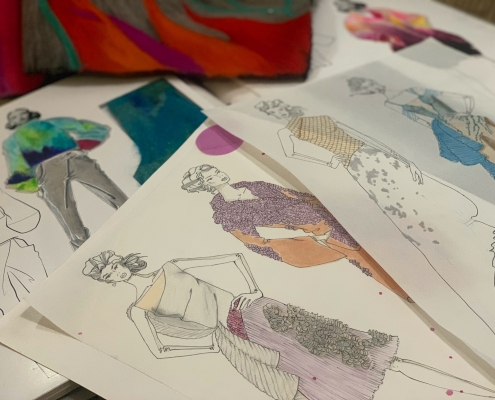 This exhibit brings together over fifteen sketches and two garments by local fashion designer, Andrea Spiridonakos. As the creative force behind her brand, former ballerina, Spiridonakos, uses her knowledge of the human body to design pieces that highlight the female figure and the way it moves through space. During her celebrated career as a soloist ballerina, she performed leading roles throughout the US and Europe, to literary acclaim. In 2015, she graduated as a YMA scholarship recipient and was honored as Critic’s Choice winner for Outstanding Design from NYC’s Fashion Institute of Technology.

Spiridonakos was chosen to create 2 original garments that were exhibited in Paris at Le Musée des Arts Décoratifs at the Louvre, in collaboration with Les Métiers d’Arts CHANEL. She has developed hand-painted textile work for Isabel & Ruben Toledo’s newly created Nutcracker & was recently awarded part of the inaugural NEW WORK grant from the Knight Foundation in 2018. The debut pieces from her conceptual American luxury label, Spiridonakou, will be sold at NYC’s prestigious retailer, Bergdorf Goodman, starting this fall.