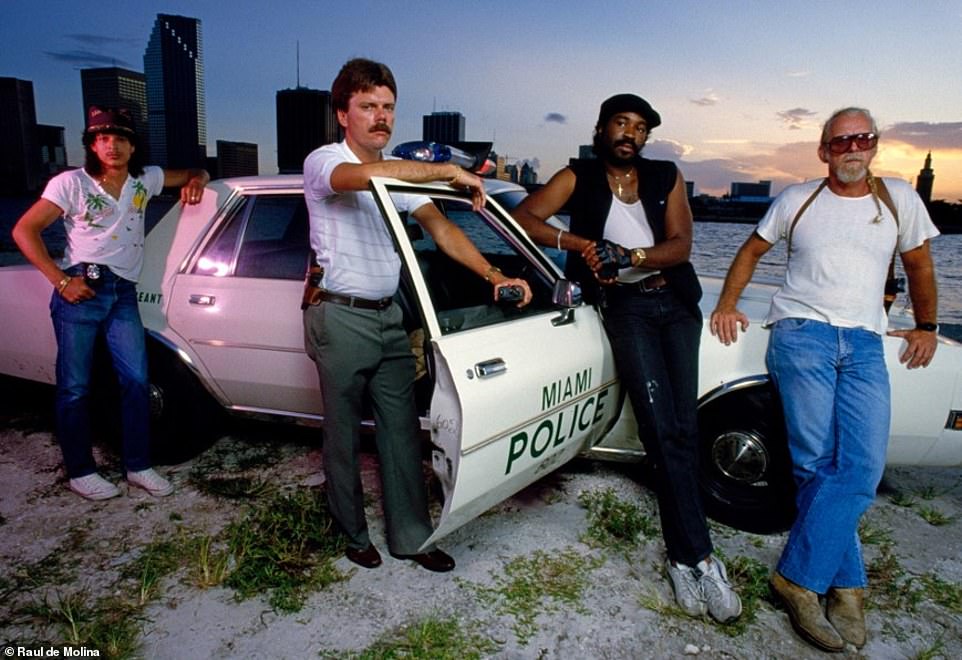 This exhibition presents a selection of photographs by TV anchor and photographer Raúl de Molina during his time working as a photo reporter and Paparazzi in the Miami of the 1980s. In parallel to capturing what was happening on the streets, from riots, to police corruption, and drug dealing, Molina was also documenting the activity behind the scenes of the popular NBC crime drama series “Miami Vice”. The dialogue between the fictional and the real images connects Miami’s history to the stereotypes of the city in the popular imaginary.

A graduate of Art and Photography from the Art Institute of Fort Lauderdale, Raúl de Molina made a living as a photojournalist and paparazzi, before becoming a TV star.  During those years, along international celebrities and royals, he captured and made popular images that became history. His photographs appeared in publications such as Time, Newsweek, USA Today, and U.S. News & World Report, among others, and earned him vast recognition.

Special thanks to exhibition sponsors

The Vote that Saved the Biltmore: The Edifying Legacy of Dorothy Thomson

Letters From Overseas; Zooming into the De Molina’s Collection
Scroll to top