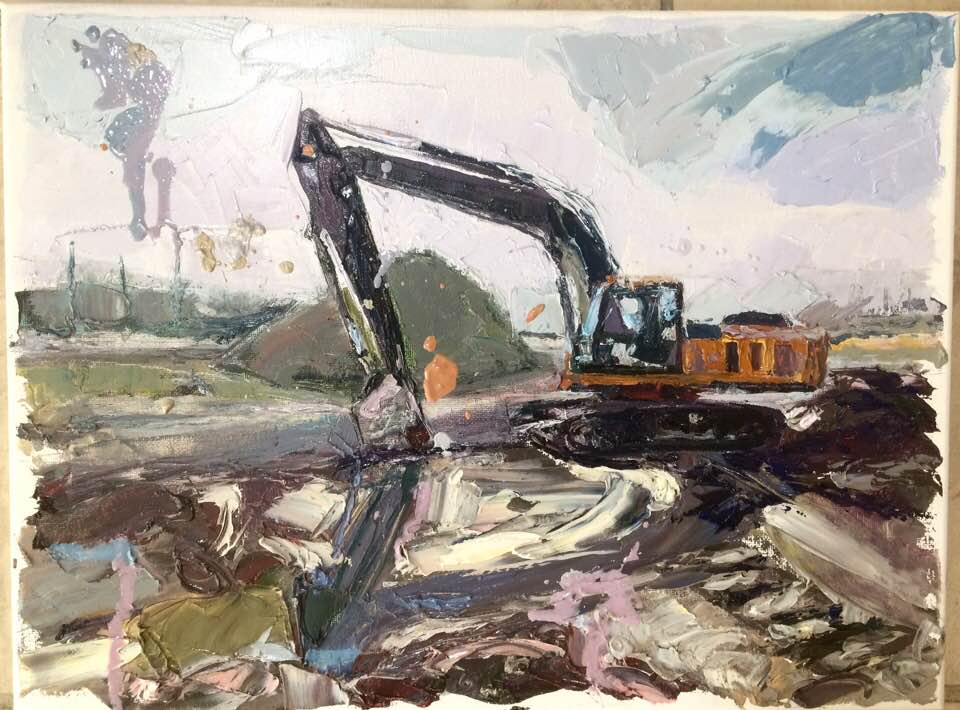 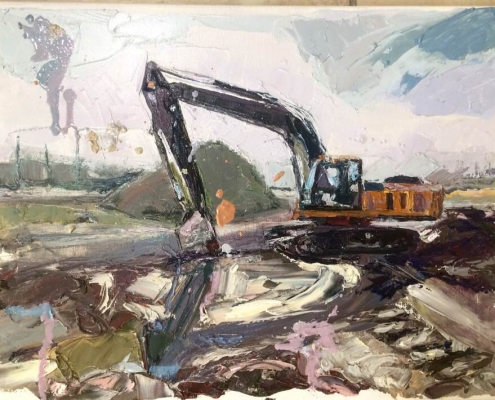 This exhibition features over sixteen recent works by local artist Andres Cabrera. Through years of travel down Krome Avenue to see his son, the artist grew sensible to the constant changes in the landscape created by the ongoing construction work which others often dismiss. “I like to think of them as artificial landscapes; they carve a hole and it fills with water when it rains, becoming a temporary pond or a small lake. A mountain of dirt shows up from one day to the other, followed by little crops that come out throughout time.” Elements such as concrete blocks or walls with spray paint marks, orange cones or the piece of a crane left behind are often disregarded as one drives through Miami, but Cabrera highlights their fleeting participation in our ordinary landscape through these lively paintings. Works have the feeling of the snapshot. In the same way that road movies relate stories on the road, these could be called “road paintings”, as they result from the artist’s impressions from his car’s window.

Cabrera is a graduate from the Professional School of Art in Santa Clara, Cuba (1998). Parallel to his career as an artist, he has taught art in several academies in Cuba. His work has been exhibited in France, Spain, Switzerland, Cuba and the US.

Caption for painting:  Andres Cabrera. Untitled (2018) From the Series: Krome Avenue. Image courtesy of the artist.

View Calendar
The Art of Compassion