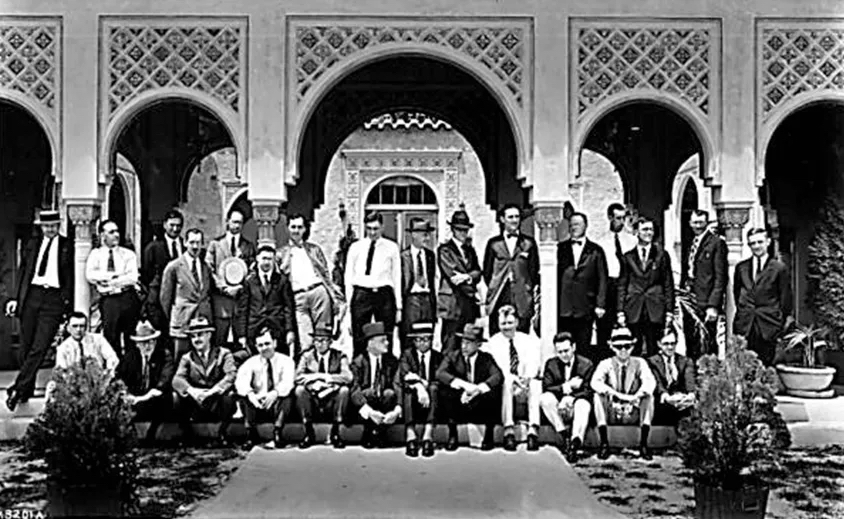 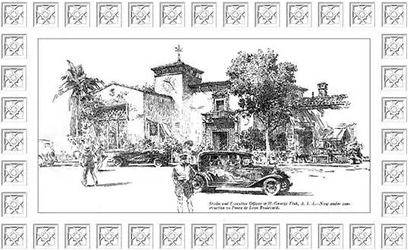 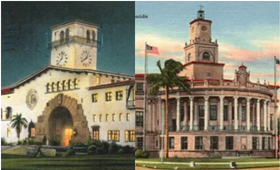 October 26 - Lecture: A Manual Of Mediterranean Architecture For Coral Gables By Teófilo Victoria

Lecture: A Manual Of Mediterranean Architecture For Coral Gables By Teófilo Victoria 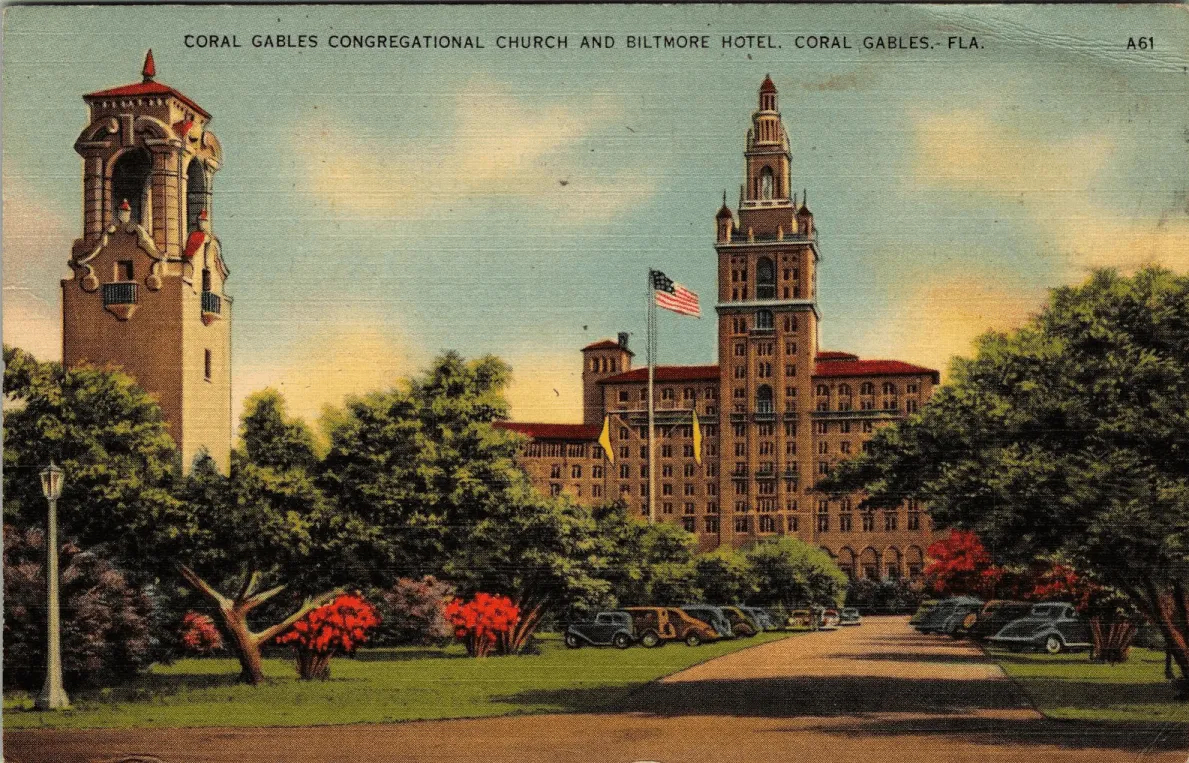 Teófilo Victoria graduated from the Rhode Island School of Design in 1979 with a Bachelor of Fine Arts and in 1980 with a Bachelor of Architecture. In 1982 Mr. Victoria completed a Masters of Architecture and Urban Design from Columbia University and in 1983, became the first Town Architect for the town of Seaside, Florida. Mr. Victoria teaches at the University of Miami, where he has served as the Director of the Undergraduate Program (1995-1998) and the Director of the Graduate Program (1999-2009). He has been a Visiting Professor at Cornell University and Harvard University and lectured in the United States, Europe and Latin America. 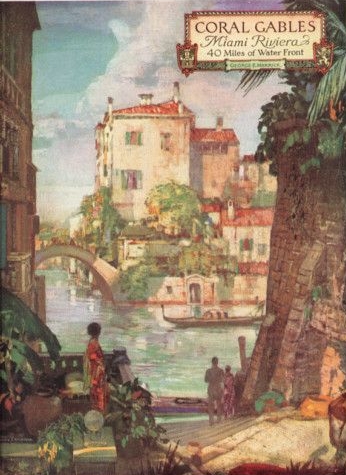 Jose A. Gelabert-Navia is a Professor and former Dean of the School of Architecture at the University of Miami. A graduate of Cornell University, Jose has been part of the Faculty since 1981. His primary teaching focus has been in the areas of Architectural Design and History of Colonialism and Globalization in Architecture. He was the founder of the School’s Rome Program and as part of it, he teaches a course in Italian Culture every Spring. Prof. Gelabert-Navia has been the author of numerous articles and has also been a practicing architect, directing the Miami office of Perkins + Will. He has lectured in Europe and Latin America, most recently on the Sustainable Hospital in Brasilia and in Santiago, Chile this year. 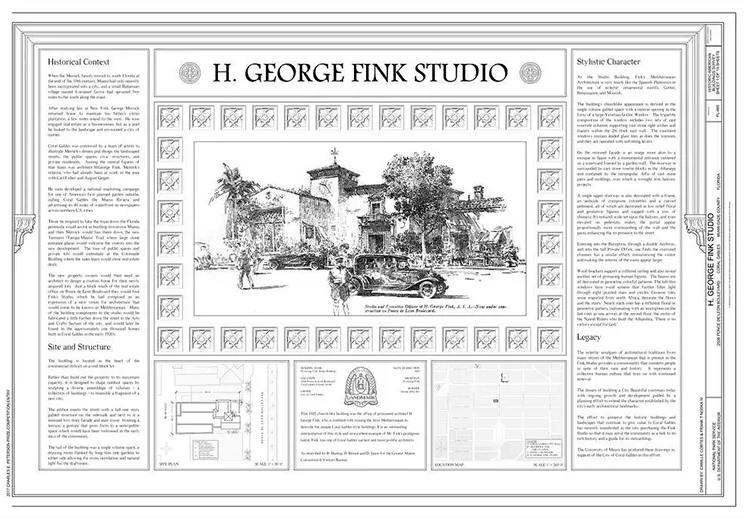 April 12 - Interview: An Interview With Each Other With Stefanos Polyzoides & Elizabeth Plater-Zyberk

Interview: An Interview With Each Other With Stefanos Polyzoides & Elizabeth Plater-Zyberk

Stefanos Polyzoides was born and educated in Athens, Greece and earned B.A. and M.Arch degrees in Architecture and Planning from Princeton University. His career has encompassed a broad span of architecture and urbanism, its history, theory, education, and design. He is a cofounder of the Congress for the New Urbanism and, with Elizabeth Moule, a partner in Moule & Polyzoides, which has been a Pasadena, California practice since 1990.

His professional experience includes the design of educational, institutional, commercial and civic buildings, historic rehabilitation, housing, and the urban design of university campuses, neighborhoods and districts. Leading Moule & Polyzoides teams, he has completed more than 500 projects throughout the United States, including in California, Florida, Texas, Arizona, and New Mexico, as well as many others around the world.

He is currently a Professor and Dean of the School of Architecture at the University of Notre Dame. From 1973 until 1997, he was an Associate Professor of Architecture at the University of Southern California (USC). Along with Elizabeth Moule, he is the recipient of the Seaside Prize for 1998, the ICAA’s Arthur Ross Award for 2015 and eleven Congress for the New Urbanism design awards from 2002 to 2021.

He is the author of R.M. Schindler, Architect (1982) and the coauthor of Los Angeles Courtyard Housing: A Typological Analysis (1977), The Plazas of New Mexico (2012), and A Temple of Science, the 100-Inch Telescope at Mount Wilson (2018). He has also authored exhibition catalogues about the Caltech campus, including Caltech 1910–1950: An Urban Architecture for Southern California (1983), Myron Hunt (1984), Wallace Neff (1998), and Johnson, Kaufmann & Coate (1992). Mr. Polyzoides is coauthor of the foundational documents of the New Urbanism: The Awhanee Principles (1991), the Charter of the New Urbanism(1999) and the CNU Canons of Sustainable Architecture and Urbanism (2008).

Elizabeth Plater-Zyberk, FAIA, LEED AP, is Malcolm Matheson Distinguished Professor of Architecture and Director of the Master of Urban Design Program. She has a joint appointment in the Department of Public Health Sciences at the Miller School of Medicine. She was dean of the School of Architecture 1995-2013. She teaches courses on urban design and built environment adaptation to climate change.

Plater-Zyberk has collaborated with faculty across the University including recently with Engineering colleagues researching net-zero water management in buildings. She is a member of the UM Built Environment Behavior and Health Research Group, working with Miller School faculty on projects researching the well-being of children and elders’ relation to characteristics of the built context in which they live. As a consultant with DPZ Partners, she has worked with healthcare systems in Richmond and Chicago on the design of their campuses and community surroundings.

Plater-Zyberk is recognized as a leader of the movement called the New Urbanism, promoting walkable resilient urban design. A co-founder of the Congress for the New Urbanism in 1992, her teaching, research and consulting professional practice has ranged across new community design, community rebuilding, regional plans and zoning codes. A number of innovations in professional practice, such as the traditional neighborhood design zoning code (TND), were initiated with students in School of Architecture design studios and first implemented through community outreach in South Florida. Recent professional projects include the design of the University President’s house and the City of Miami Zoning Code, Miami 21.

Plater-Zyberk’s publications include refereed journal articles and book chapters. She is co-author of Suburban Nation: the Rise of Sprawl and the Decline of the American Dream (over 85,000 sold), and The New Civic Art: Elements of Town Planning. Her work, with Andres Duany and DPZ Partners, has received numerous awards and recognitions including honorary degrees, Architectural Record’s first Women in Architecture Award, and the Richard H. Driehaus Prize for Classical Architecture. She has served on numerous review and editorial panels, including the U.S. Commission of Fine Arts. She earned her B.A. at Princeton University, and M.Arch. at Yale School of Architecture.

May 10 - Open Forum: Debate And Discussion A Question And Answer Session With Panel And Rhonda Anderson, City Commissioner 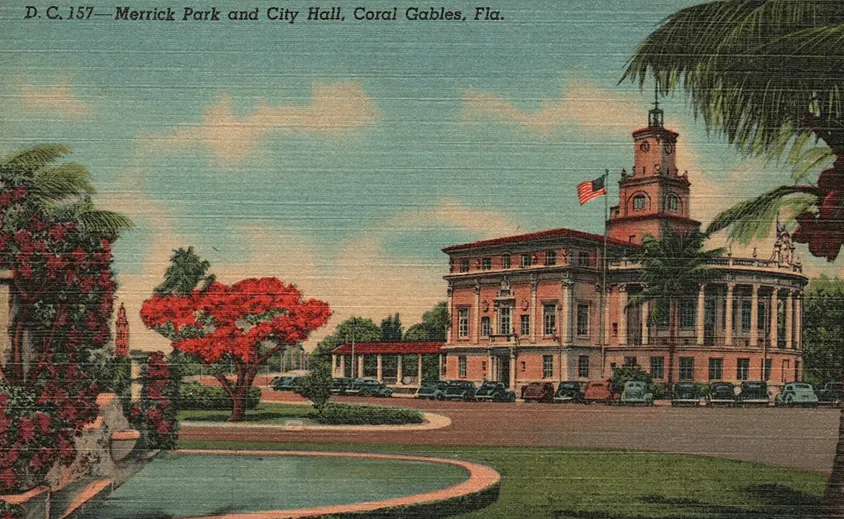 All Stars: CINTAS Fellows and Lifetime Achievement Awards in Architecture &...
Scroll to top