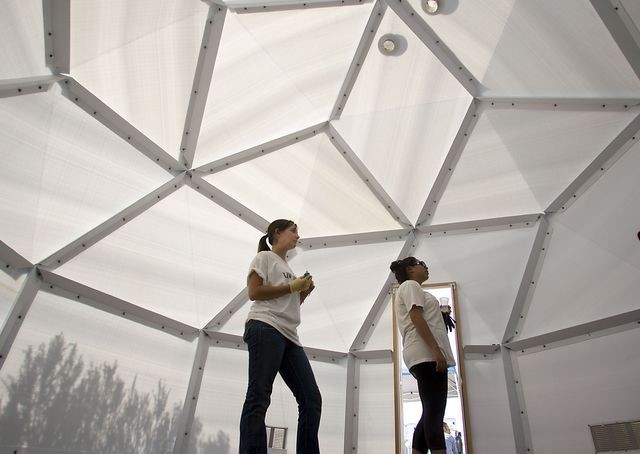 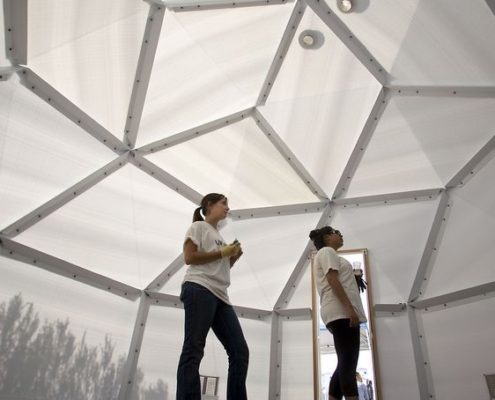 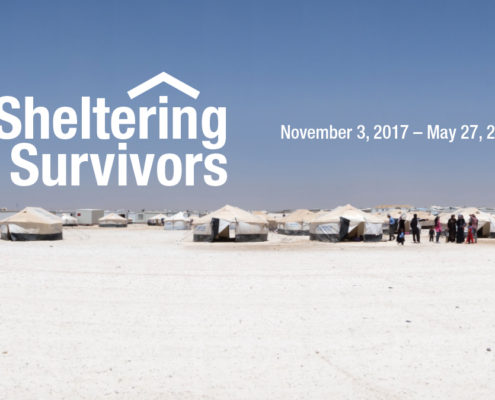 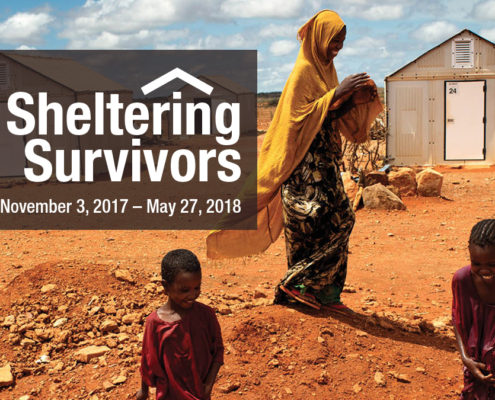 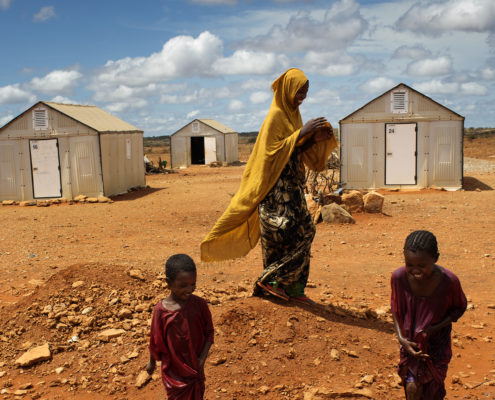 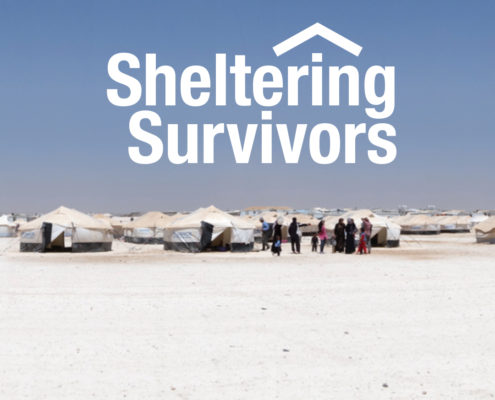 Sheltering Survivors explores the stories of the record-high forcibly displaced population in the context of human resettlement and innovative shelter designs. According to the United Nations High Commissioner for Refugees’ (UNHCR) latest global trend report, the population of forcibly displaced individuals reached 65.6 million in 2016. This means that one in every 113 people on the planet was either an internally displaced person, an asylum seeker, or a refugee by the end of 2016. Forced displacement is usually abrupt, unplanned, and accompanied by loss of assets for the survivors. Consequently, large numbers of internally displaced persons, asylum seekers, and refugees live in tents, semi-constructed buildings, or under open skies in exile. This exhibition demonstrates the various ways in which innovative design can be used for humanitarian purposes, creating hope and a new start for forcibly displaced populations.

Museum patrons will be able to enter and experience shelters that have been applied world-wide, now constructed in the gallery. To facilitate a conversation with museum patrons and to create a welcoming space for people with a variety of backgrounds, the exhibition will use pre-recorded voices of refugees, talking about their shelter experience. The exhibition will also show the photos taken by forcibly displaced populations and humanitarian service providers from shelters in exile. Finally, the exhibit will showcase creative shelter design proposals and projects through images, video and models.