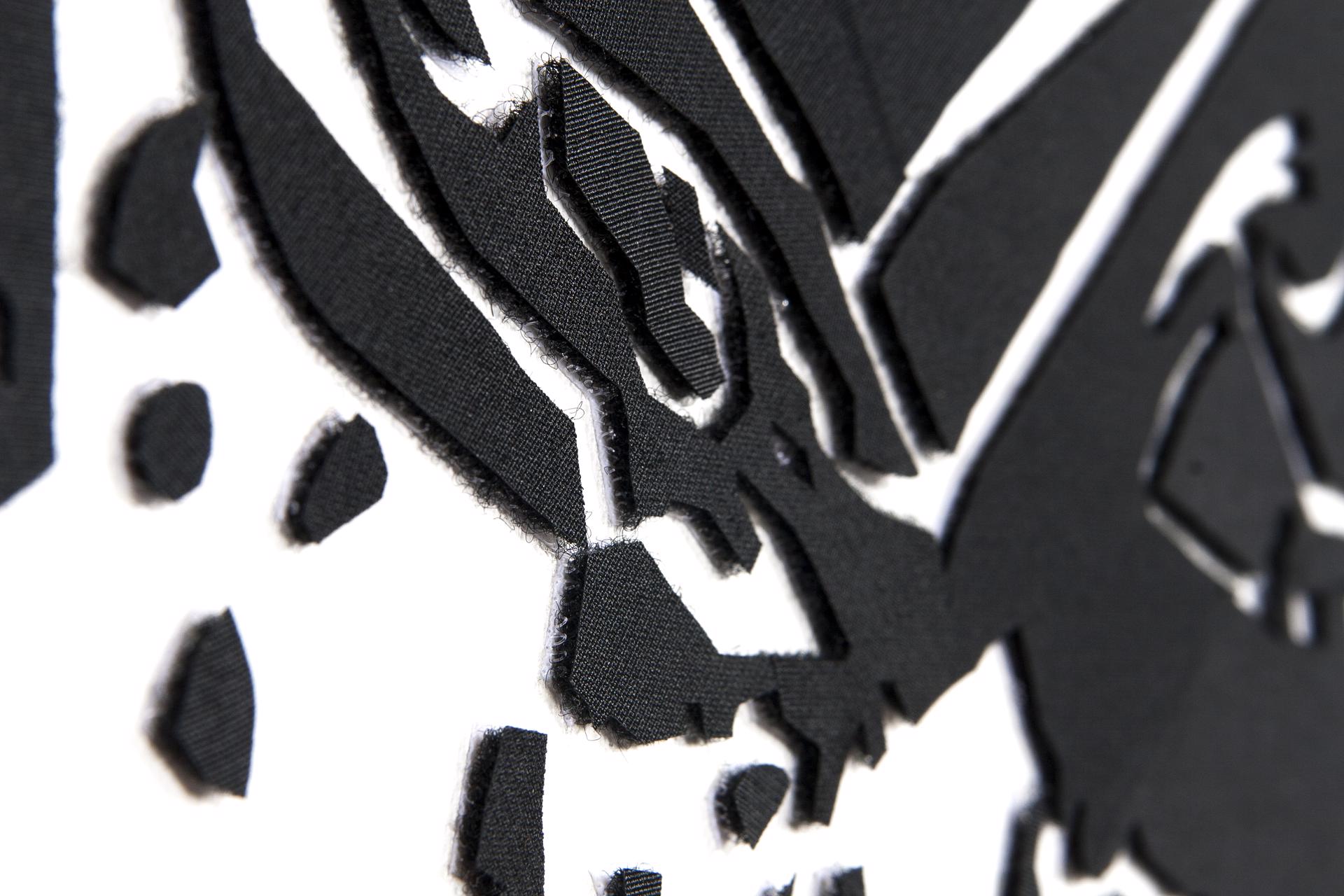 Adrian Soca (La Habana, 1976) is a Cuban-born artist living and working in Miami, Florida. He graduated from The National Academy of Fine Arts “San Alejandro” (1995) and The Higher Institute of Art (ISA) (2003) in Havana, Cuba. He is a former member of Colectivo Enema (2000-2003) and the artist duo, ElSoca & Fabian (1999-2007). As a member of these groups, he was making performance, site-specific installations, video, painting, and drawing. Since 2010, he has been focused on his individual work, mostly in the mediums of collage, painting, and drawing. Soca left Cuba in 2004 to settle first in Mexico and then in the US.

Soca’s series VelcroRealism began as a simple and intuitive exploration of Velcro, a material he is obsessed with because of its texture and properties. As a fabric fastener, the two sides of Velcro can be detached and recombined, endlessly. In this vein, VelcroRealism presents a reality that has the potential to be transformed, as much as our hyper-customized contemporary culture, where it is possible to choose between possible endings of a film or a tv series, while we consume tailored ads, based on our Internet searches.

In some works, Soca imagines the ‘loop’, or soft, hairy side of Velcro as a fictional animal skin created by scientists in laboratories of the future. In this fantastic, hyper-technological world, species like leopards would be genetically modified to please the demands of the fur market. In others, he depicts cars that have been left on shooting scenes. With a great economy of colors and elements, images are very contrasted and have a pop feel, as if taken out of cartoons. While not dramatically stated, the pieces pose ethical questions on how our society is “handling the pieces”. The artist says: “For me, the nature and use of Velcro is a metaphor of change and transformation. Like many of the decisions we make on our daily lives using our sophisticated technologies and tools, the images I make with Velcro could be different; for instance, an unpleasant crime scene could be erased or reversed.”

Some other works can be seen as a mere exploration and celebration of the material. Eye-pleasing landscapes of mountains in an array of grays combine the collage of velcro with the use of watercolor pencil. Subtle, abstract geometric patterns remind us of the wickerwork so present in tropical furniture. Lastly, Soca’s can of “liquid Velcro” not only announces this novel use of the material in visual arts but also adds a refreshing touch of humor to his proposal.

*The name Caribbee Club derives from Coral Gables’ founder, George Merrick’s fishing resort called the Caribbee Colony, in Matecumbe Key –  the business venture he launched after he was forced out of his beloved city in the late 1920s. This project aims at supporting the artistic vision of our local creatives who keep alive important cultural elements of the city and its surroundings; one of the Museum’s main priorities. Local artists working with local themes are usually on display at the Frank Lynn Gallery for three months.

Children of the Diaspora
Scroll to top