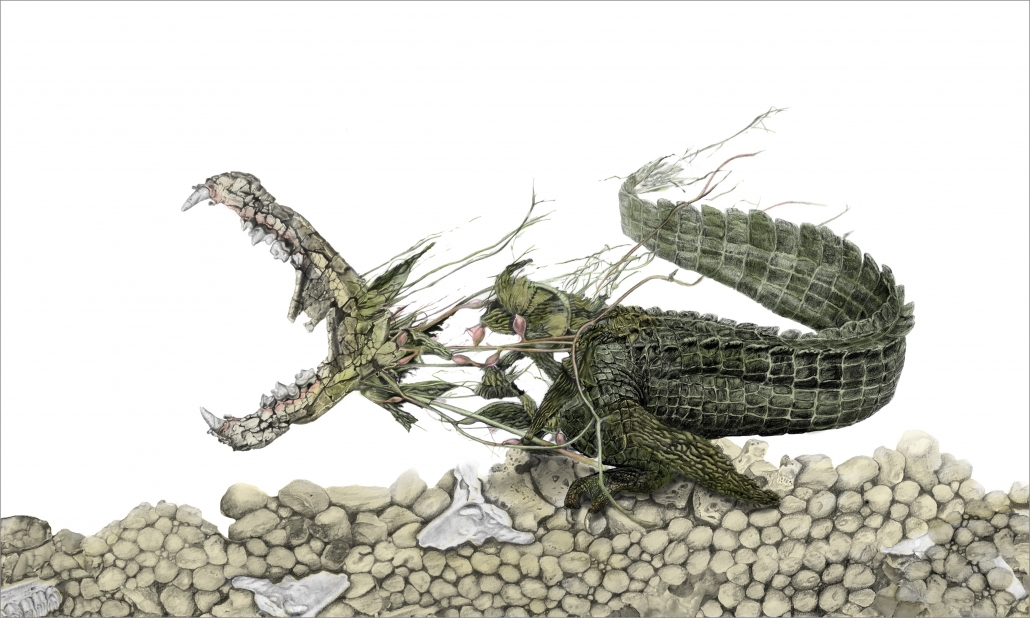 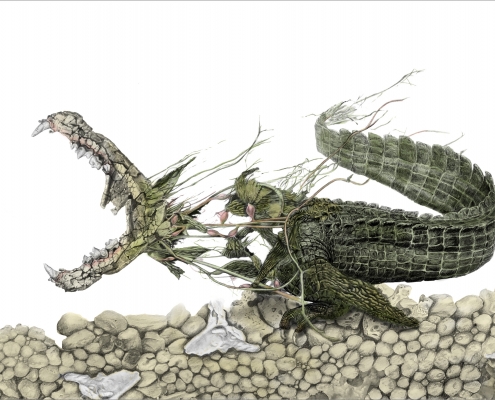 Artist Judith Berk King shares her imagined future with artworks in different mediums, envisioning a world where many of our familiar species have vanished, and strange, hybrid creatures with unique survival mechanisms inherit the planet.

“As an artist, I focus on the creation and display of curious zoological and botanical structures. Many of the creatures exist in a far distant future, one shaped by environmental changes as well as modifications made deliberately by man. The style of the work may be contemporary or recall the work of scientific illustrators of the past, transcending time. Through re-imagination and distortion, I invite the viewer to examine and interpret the ambiguous and sometimes disquieting forms that inhabit these works.”

King studied fine art at Kensington and Chelsea College in London, England, and received her MFA from Miami International University of Art & Design. Her drawing and ceramic work has been published in books and periodicals, and has been exhibited in London, New York, Los Angeles and China, as well as a number of other national and international venues. King has been the recipient of grants from the State of Florida and Miami-Dade County. She is currently faculty at Miami International University of Art & Design.