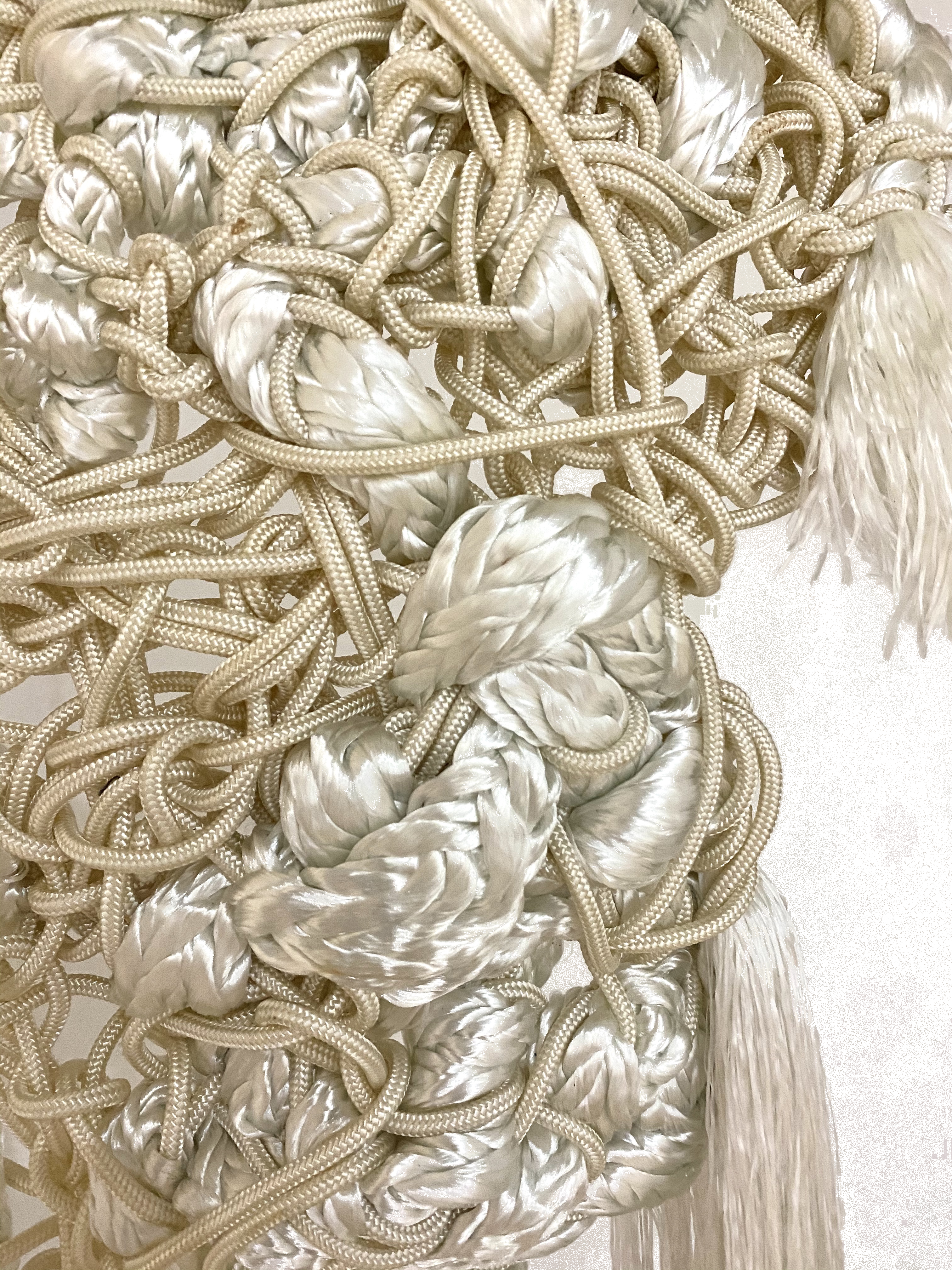 Lisu Vega’s early education on experimental engraving led her to explore multiple materials, such as paper, fabric, and metal and became an incentive to move out of the canvas into the tri-dimensional work. Her constant search for her Wayuu heritage has driven her to explore the relationship between fiber, the human body, and the space that surrounds it. In Captive Body, a series that is at the intersection of fashion and art, the act of weaving is both, literal and metaphoric as it alludes to the process of piecing memories together.

Vega’s work has been exhibited throughout the United States, Europe, and Latin America. Recent exhibition highlights include “Innovative Costume of the 21 century: The Next Generation” (Bakhrushin Museum, Moscow;) and “For Now; Contemporary Venezuelan Art of the Miami Diaspora” (Coral Gables Museum, Florida) in 2019.

*The name Caribbee Club derives from Coral Gables’ founder, George Merrick’s fishing resort called the Caribbee Colony, in Matecumbe Key –  the business venture he launched after he was forced out of his beloved city in the late 1920s. This project aims at supporting the artistic vision of our local creatives who keep alive important cultural elements of the city and its surroundings; one of the Museum’s main priorities. Local artists working with local themes are usually on display at the Frank Lynn Gallery for two months.