The Glass House: “A Chapel in a Cathedral of Nature” 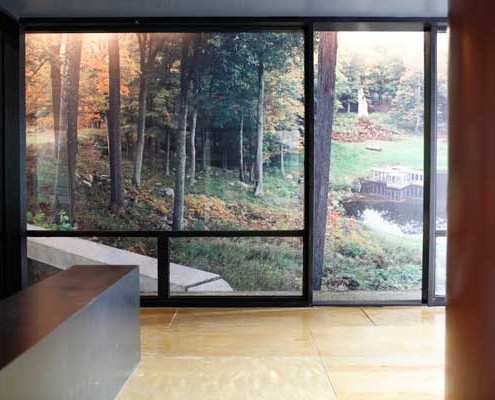 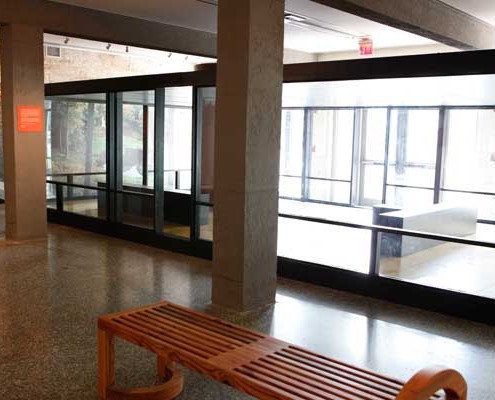 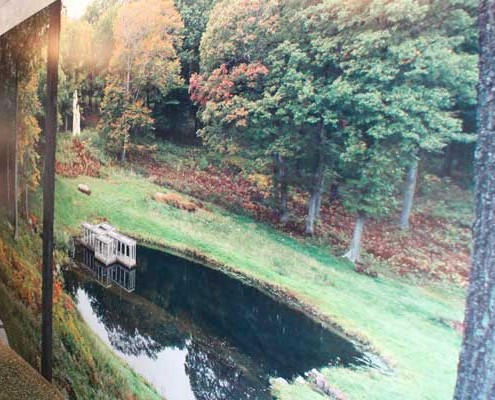 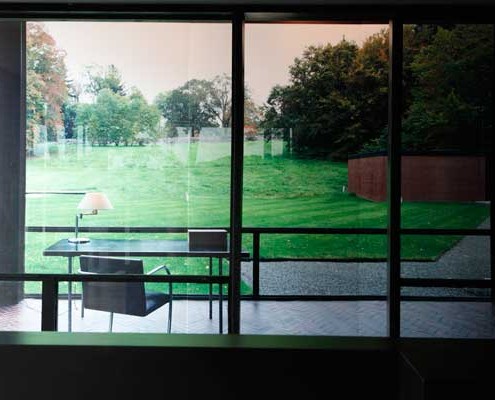 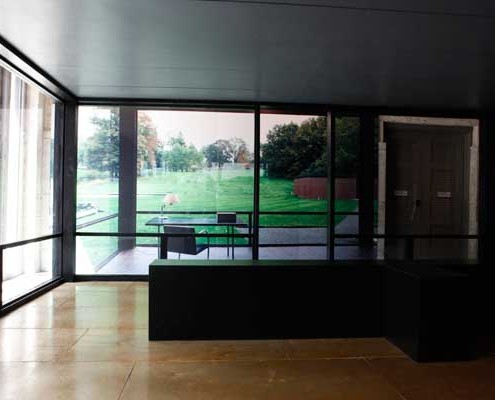 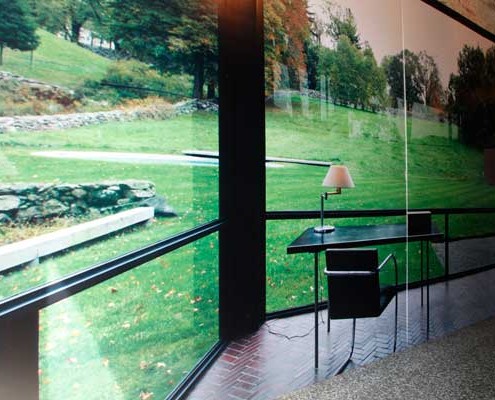 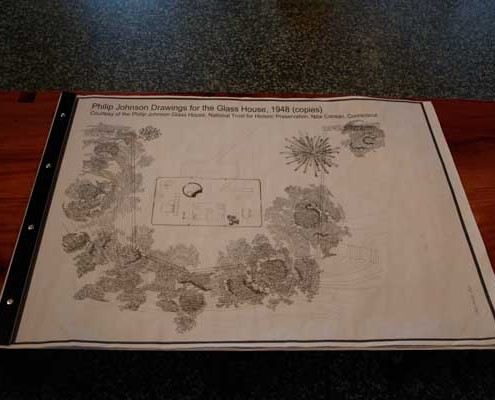 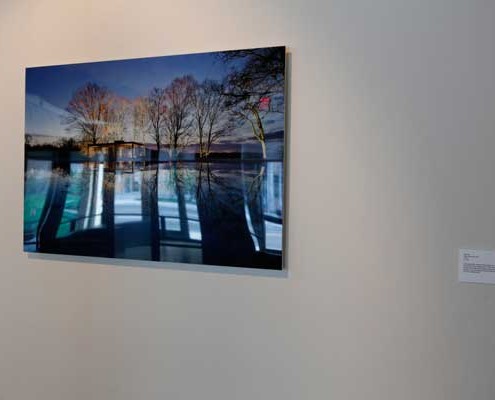 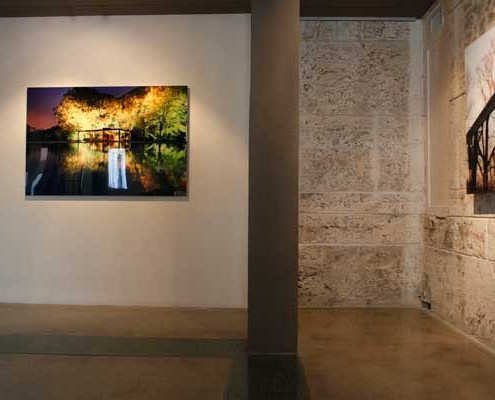 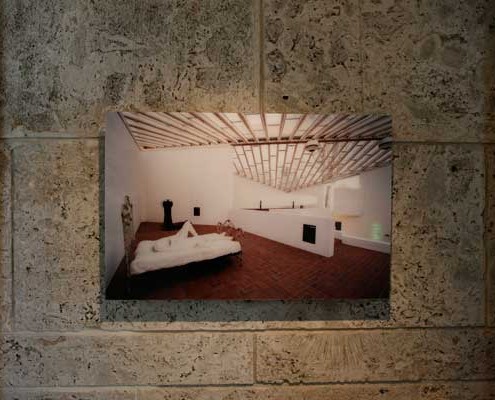 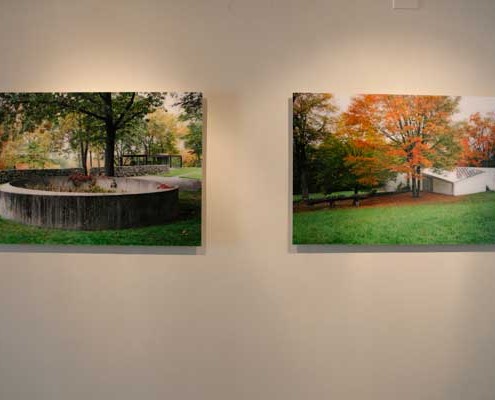 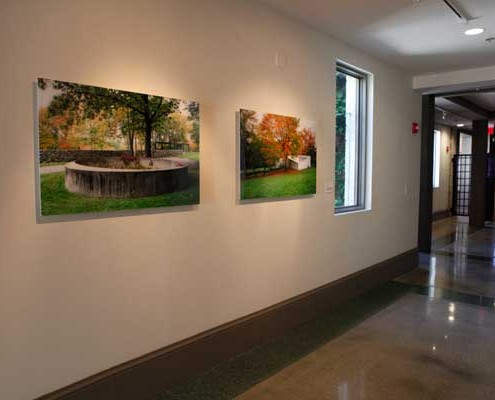 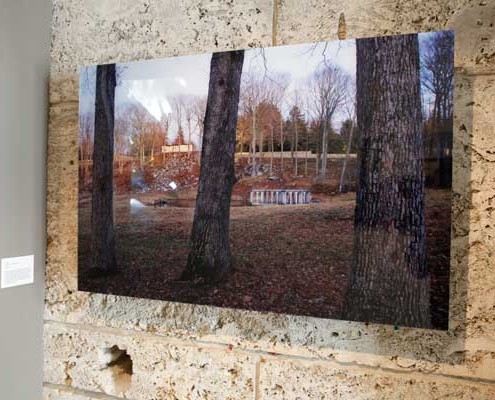 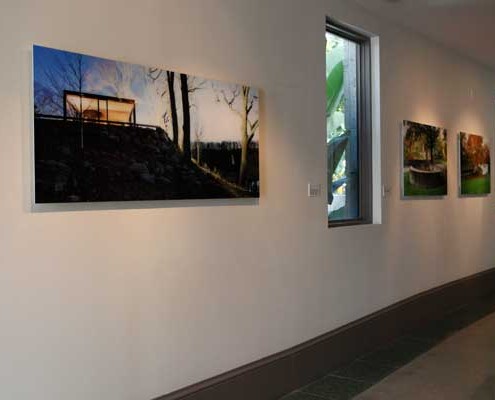 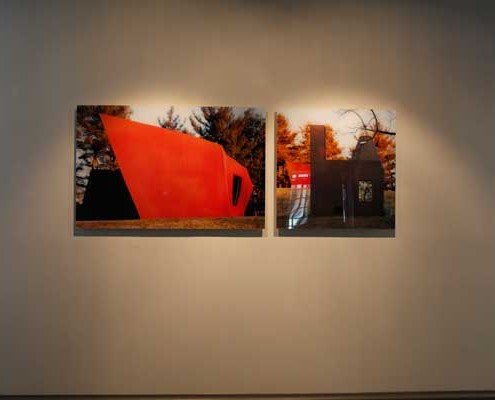 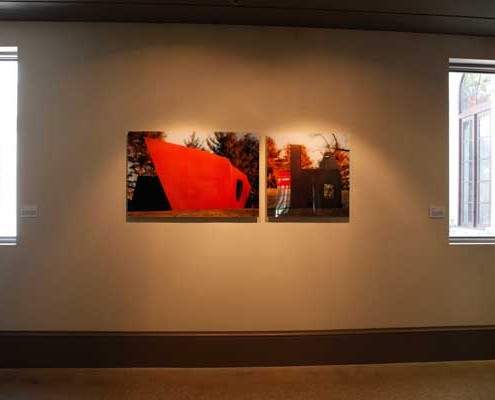 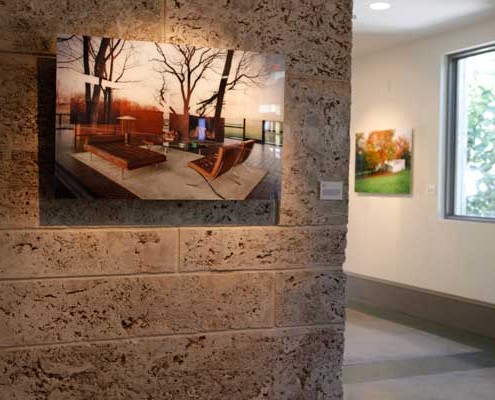 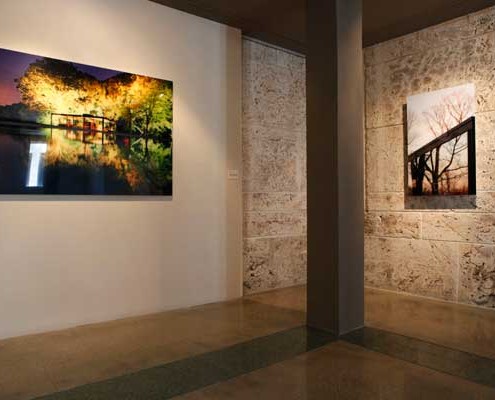 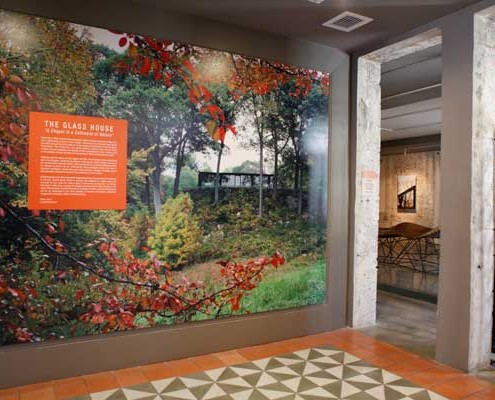 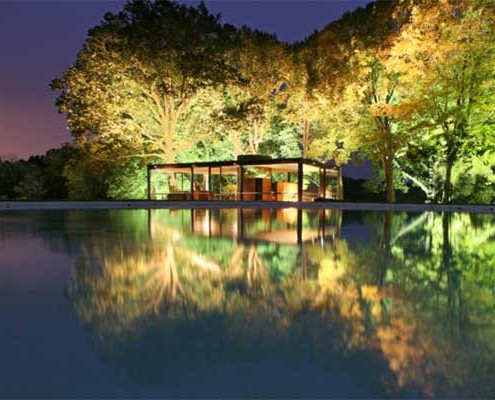 Organized by the Coral Gables Museum along with curatorial advisor Hilary Lewis, biographer of architect Philip Johnson, The Glass House: “A Chapel in a Cathedral of Nature” features a dozen, large-scale color photographs of the Glass House campus by renowned architectural photographer Robin Hill, educational videos, construction plans and a campus map courtesy of the Philip Johnson Glass House, National Trust for Historic Preservation, New Canaan, Connecticut. Lewis provides the historical context for the beautiful images that Hill has taken over several years and visits.

The Glass House by Philip Johnson is a stunning example of American modern architecture. Described by architectural photographer Robin Hill as “a chapel in a cathedral of nature,” the house is situated on a 49-acre property in New Canaan, Connecticut. Here, Philip Johnson designed a variety of buildings and structures that related to the surrounding landscape and served as his weekend retreat. Throughout the property lie several thoughtfully planned architectural masterpieces as well as two art-filled galleries, which remind us of Johnson’s professional connection to New York’s Museum of Modern Art (MoMA) where he was the founding director of the Department of Architecture and Design.  Buildings and structures on the property by Johnson represent his full 70-year long career. Artwork on the site includes work by Frank Stella, Donald Judd, Julian Schnabel and Robert Rauschenberg, among many other luminaries of 20th-century art.

The signature building on this impressive campus is the Glass House, a central pavilion with glass walls intended for viewing the woods, pond and sky that surround it. Philip Johnson lived here from 1949 until his death in 2005.  The Glass House is iconic not only because of its innovative use of materials, but also due to its seamless integration with the landscape.

“A handful of iconic houses have reached the public imagination, and the Glass House is among the finest,” states featured artist Robin Hill. Through Hill’s photographs, visitors will be magically transported to the Glass House campus where Hill discovered new ways of capturing the beauty of this well-documented gem through explorations in perspective and light.

Robin Hill – architectural photographer and featured artist
Originally from Nottingham, England, Robin Hill has made a name for himself among the mid-century modern architecture of Miami, his home since 1992. His striking photographs examine the interplay of shadow and light, lines and angles, buildings and their natural settings. Active in preservation of the iconic MiMo style for which Miami is known, and a sought-after lecturer on the modernist architecture of Frank Lloyd Wright and Le Corbusier as well as MiMo, Hill brings his passion for architecture to the photography he creates. His work has been featured in countless gallery exhibits (most recently the Guggenheim in New York), books and magazine covers. In addition to being a photographer, father, husband, book collaborator and former TV host, Robin Hill is also a contributing photographer at TROPIC Magazine, Florida Travel & Life and LUXE magazines.

Hilary Lewis – curatorial advisor
Hilary Lewis is an expert on architecture, urban planning and real estate development who has produced books, articles, magazines, websites and film. Trained in public policy, urban planning and history of architecture, she examines and comments on the challenges confronting the 21st-century city. Lewis has collaborated with leading figures of the building industry. With eminent architect Philip Johnson, she wrote two books, multiple articles and produced a short film during twelve years of ongoing work. Lewis recorded extensively Johnson’s memoirs and ideas on architecture, making her today the premier source for information on the late architect. Johnson and Lewis co-authored pieces for magazines and exhibitions, including work for The New York Times Magazine, Details and the Venice Biennale. Following Johnson’s passing in 2005, Lewis curated a major museum exhibition on the architect and served as the Philip Johnson Scholar at the National Trust for Historic Preservation’s Glass House site. In addition to research, consulting and writing, Lewis is a skilled public speaker. Her talents in this area were developed over years of teaching, first at MIT, then at Harvard.

Trailblazers: The Perilous Story of the Tamiami Trail
Scroll to top