Filled with dark, historical, and mythological creatures of the wetlands and the deep seas, Abdiel Acosta’s work reminds us of the aesthetics of Medieval prints. His fantastic constructions that often seem to coexist with elements from our civilization, such as bridges and highways, are part of his poetic explorations on human nature and behavior.

Raised in Miami, Florida, Acosta has been interested in arts from an early age. After graduating from New World School of Arts (Miami, FL, 1993), he received a BFA in Painting from the Maryland Institute College of Art (Baltimore, MD, 1996) and a M.Sc. in Art Education from Florida International University (Miami, FL, 2016).

Acosta is a full-time teacher with Miami Dade County Public Schools since 2005 and has been a core faculty teacher for Arts for Learning since 2011. 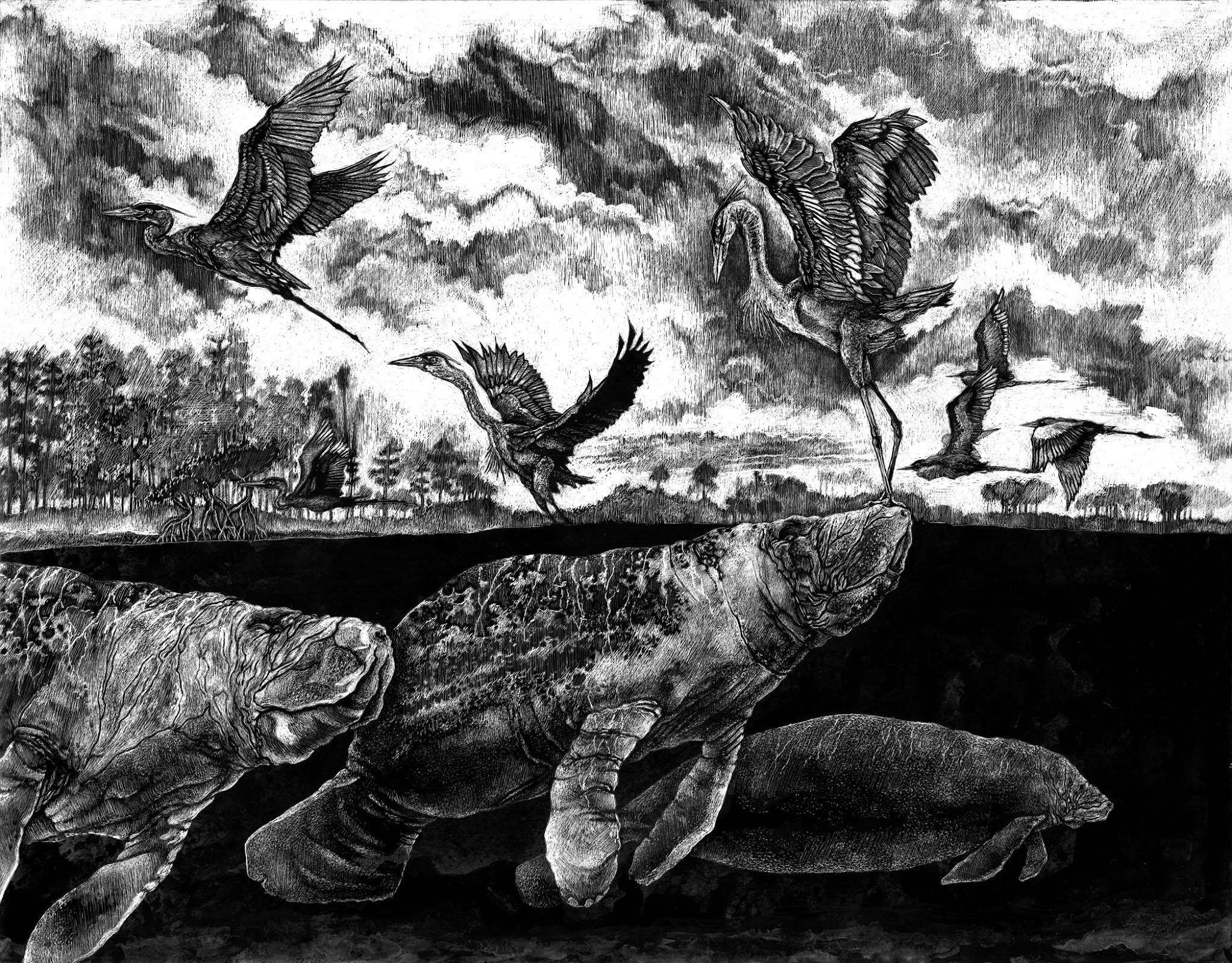 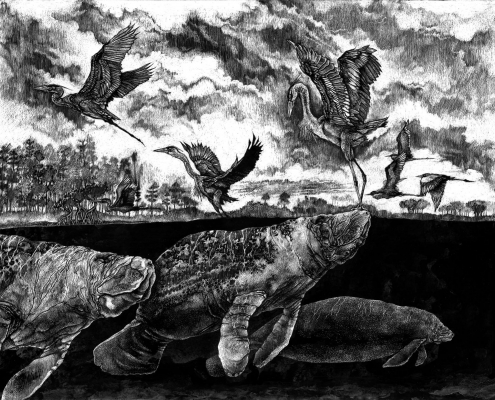 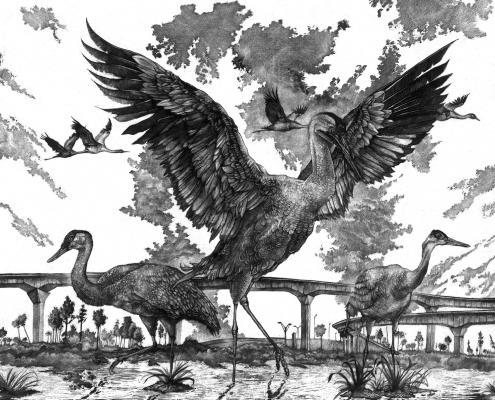 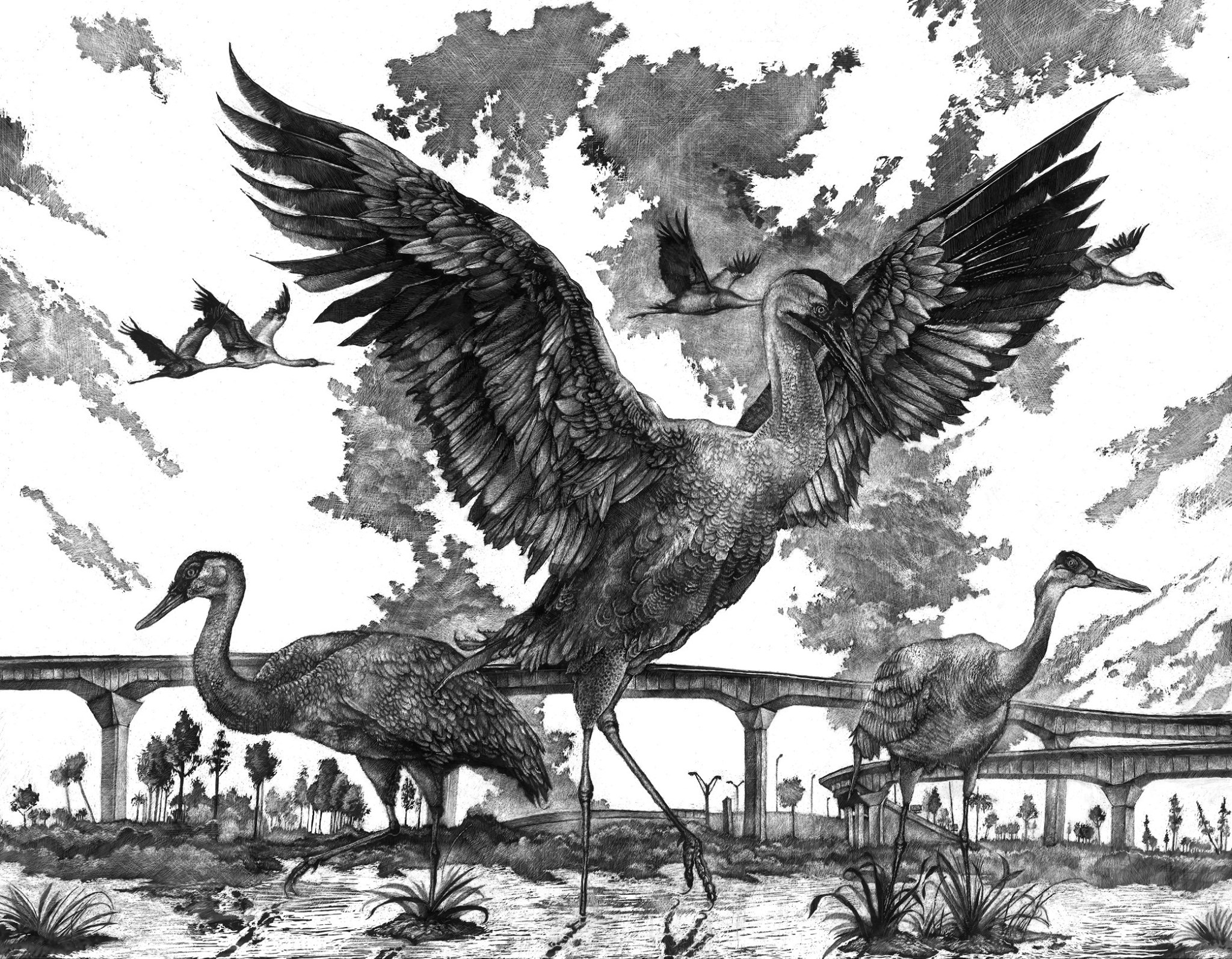 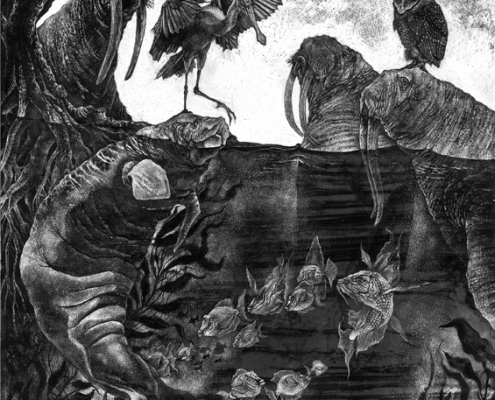 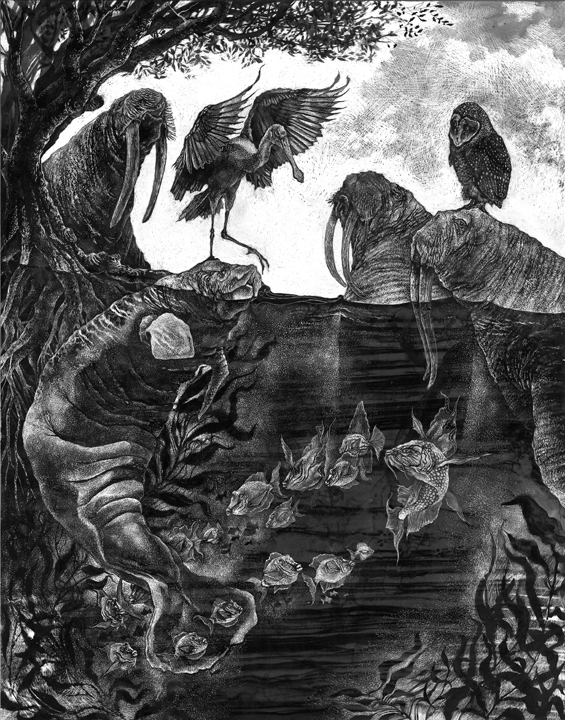 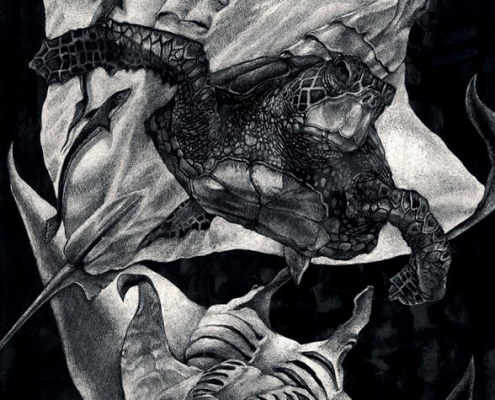 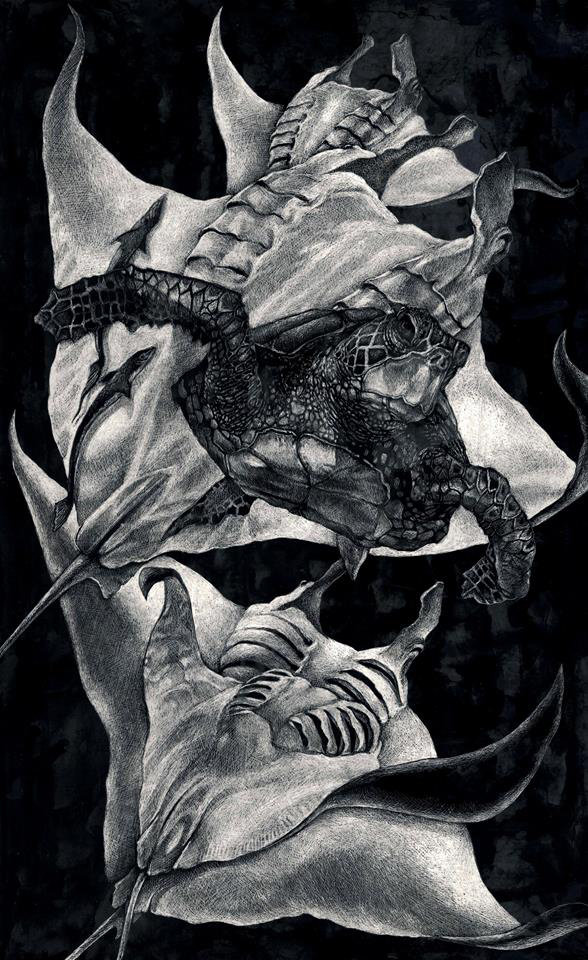 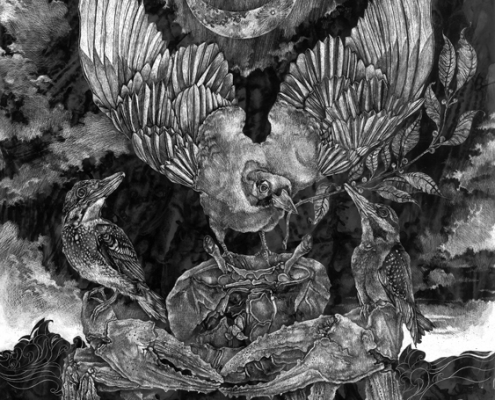 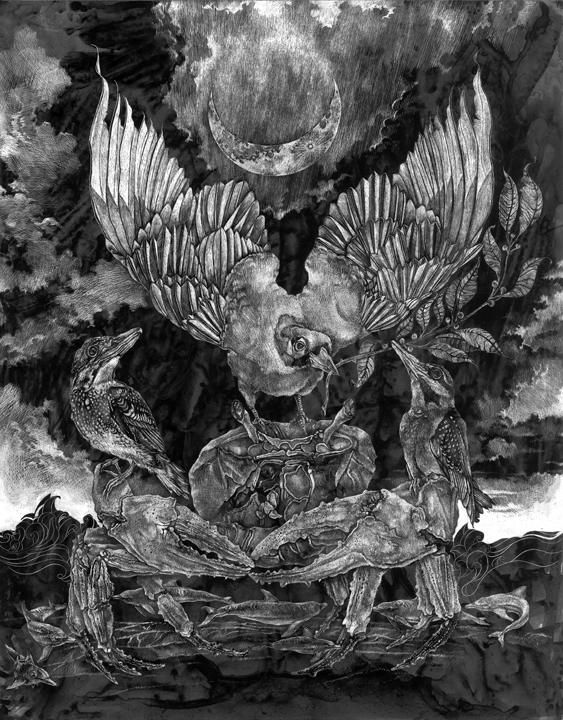 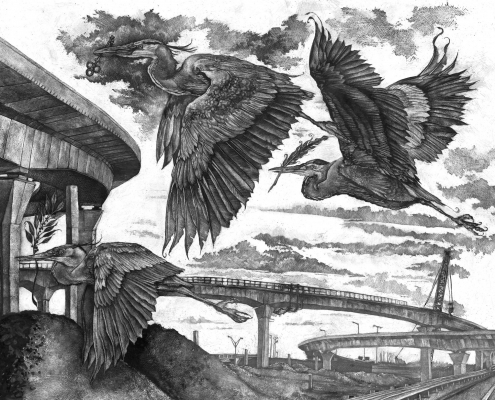 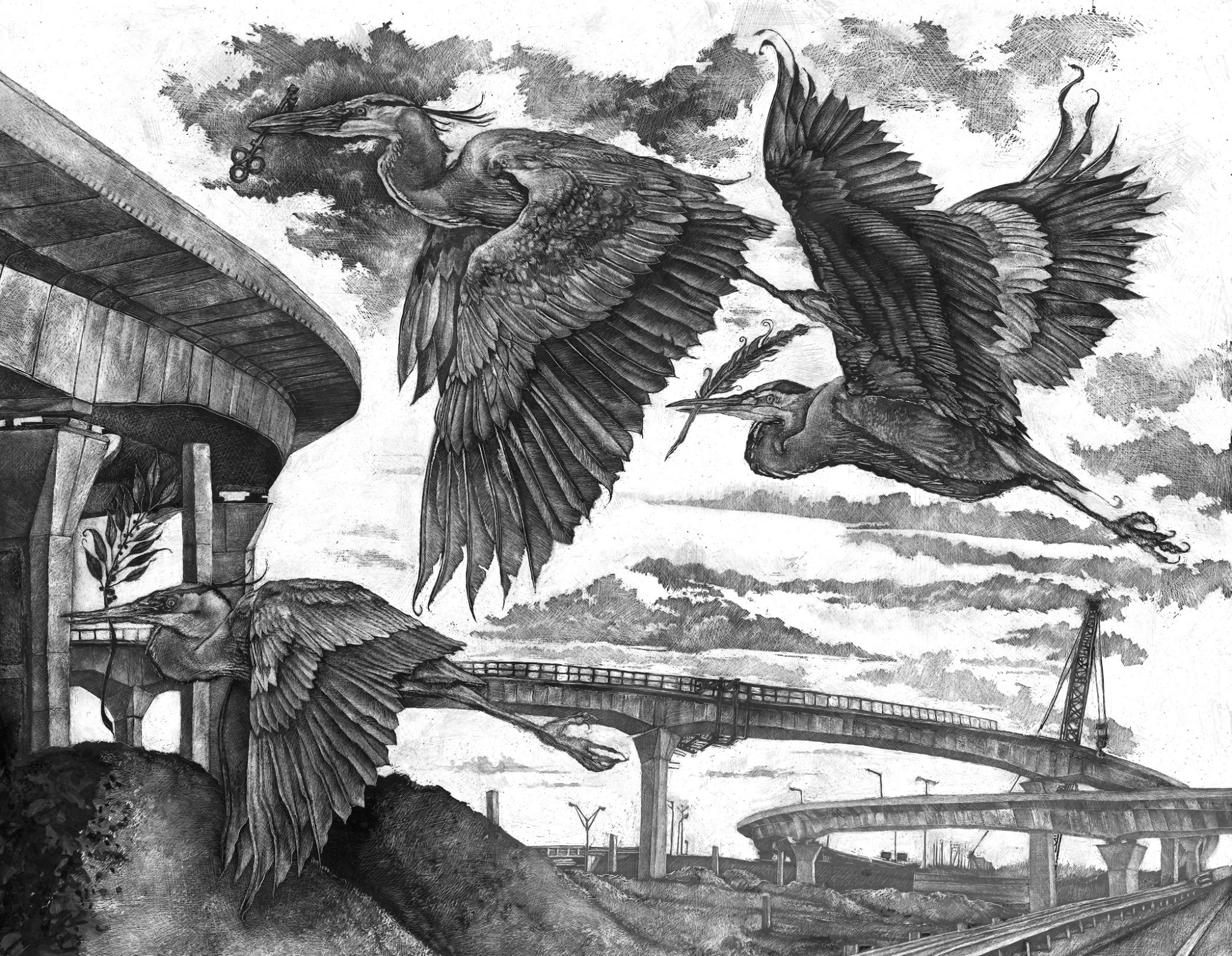 My narratives live in a sea of ink, which has dried and taken form with the help of an acutely sharp pointed blade. It is my response to an ever-changing world. These animals or grouping of are the personifications of my travels and my experiences. They carry cultural and emotional associations beyond their literal meaning or denotations. – Abdiel Acosta