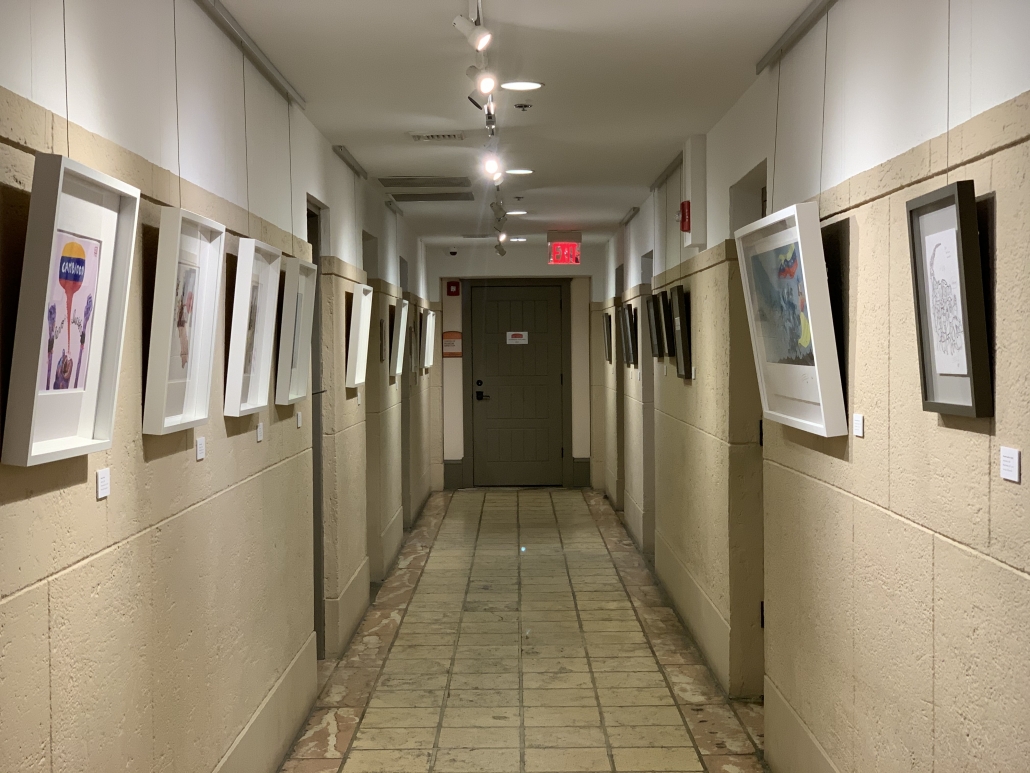 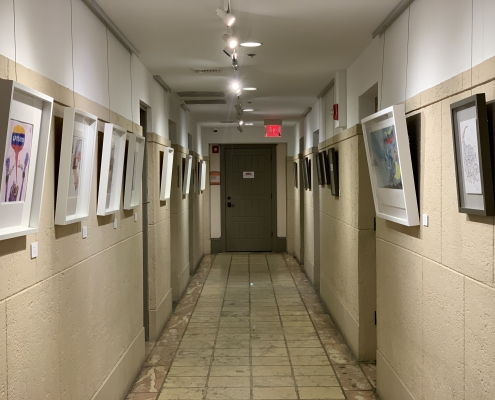 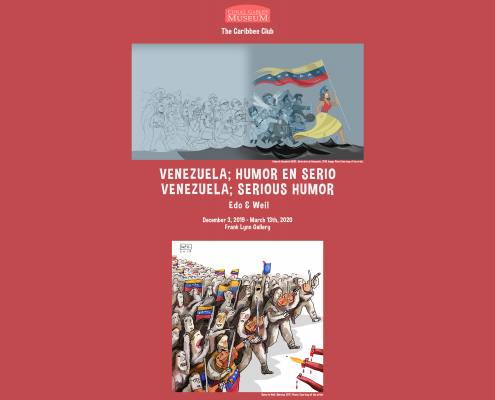 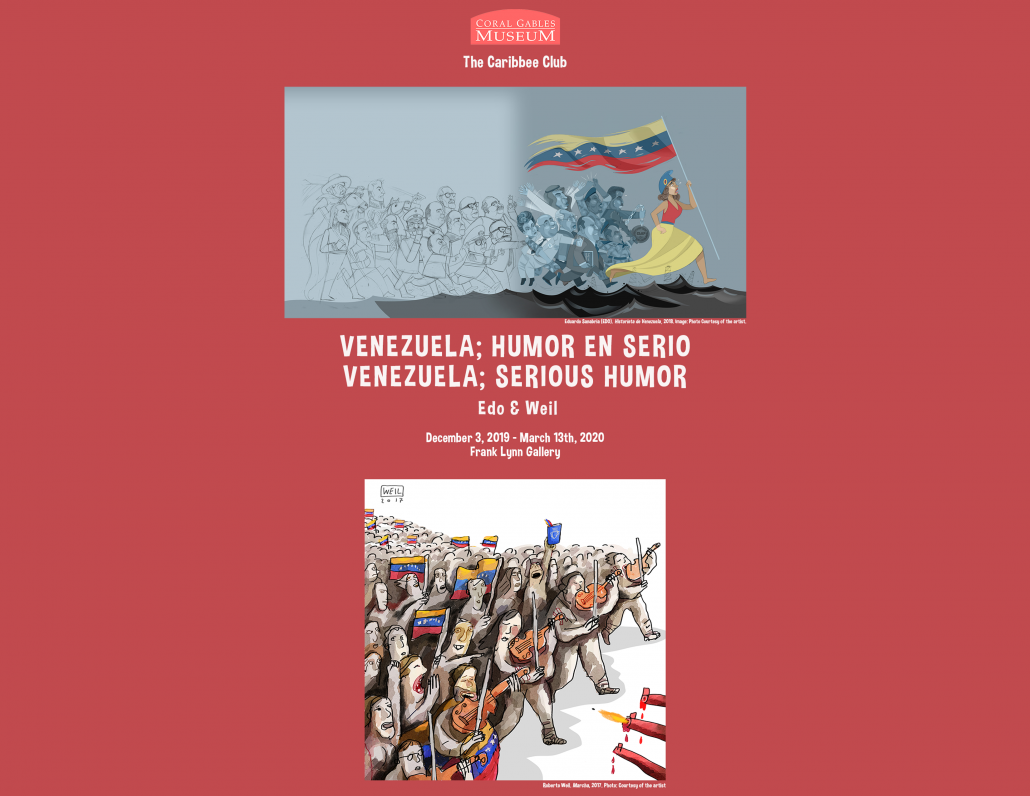 This exhibition is comprised of the graphic work of Venezuelan cartoonists Roberto Weil and EDO. Over fifteen caricatures make comments on Venezuelan past and present politics with a dose of humor.

Eduardo Sanabria, a.k.a. EDO, was born in Caracas, Venezuela, in 1970. He attended illustration courses, graphic design workshops and comics conventions all over the world. In two occasions, EDO has won the Pedro León Zapata Award granted by “El Nacional” newspaper to the best cartoonist in the Venezuelan press (2005 and 2008). In 2007, he was awarded the Gold Pen Prize as the best cartoonist in the 1st Graphic Humor Exhibition of the Ibero-American Arts Fair in Caracas. EDO has been part of countless exhibitions in Caracas, Milan, Seoul, Tokyo,  Shanghai, Chicago, New York and Miami.

Roberto Weil has developed his career as a graphic artist through cartooning, illustration, and painting. In 1990, he began publishing his illustrations in some of the most important Venezuelan print media. His work developed with a variety of formats and techniques, incisively features the authoritarian system dominating Venezuela since 1999, and, along with his peers’ work, has become a fundamental reference for monitoring the country’s political events. He currently makes portraits of public figures and animated cartoons about the Venezuelan political situation for the digital platform TalCual Debates. Weil is based in the United States since 2014.