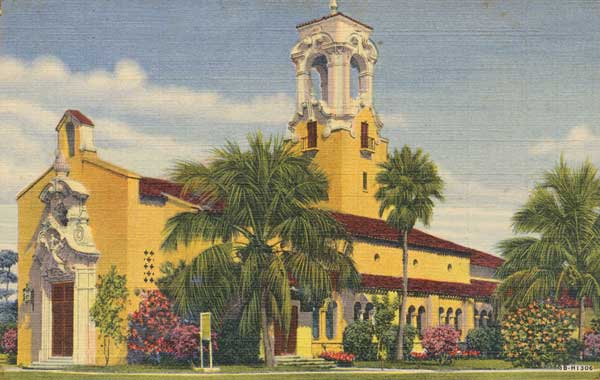 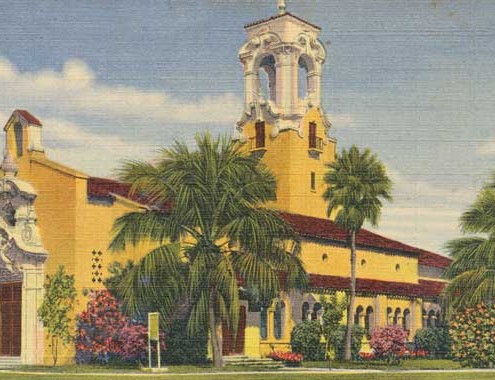 As part of George Merrick’s plan for Coral Gables, he envisioned an iconic church to serve as a meeting place in the heart of the city, in honor of his father, Solomon, who was a Congregational minister. The Coral Gables Congregational Church was organized in 1923 and initially met at a parsonage on Columbus Boulevard that was donated by Merrick. He hired the famed Pittsburgh architectural firm Kiehnel & Elliott to design the elaborate Spanish-style edifice on DeSoto Boulevard.

After its completion in 1925, the church embarked on community involvement through civic service, Christian education and promotion of music and the arts. One of the city’s first public buildings, the Church served as a hall for city government meetings, educational events and other gatherings.

Celebrating its 90th anniversary, the Coral Gables Congregational United Church of Christ has built a reputation for an unparalleled commitment to progressive social action and is known for its community arts outreach programs and productions.

This exhibition will feature select photographs, video footage and objects that document the Church’s architectural, social and cultural accomplishments and contributions over nearly a century.

Join Now
Photos of Pavia: from the 19th to the 21st century