The Museum has transformed its popular wine appreciation classes to an online format using Zoom.

The next online presentation will be held at 6:30 PM on Wednesday, April 28th – the same day, in 1587, that Sir Francis Drake seized 2,900 barrels of sherry from King Phillip II of Spain (about two million bottles) and presented them to Queen Elizabeth I of England.

The special one-night session will focus on the Spanish wine, Sherry, largely unknown in the USA – which also has an unfortunate and misleading reputation of being sweet and nasty.

In reality, the Jerez wines from Southern Spain are some of the oldest and driest wines in the world, they are regarded as the jewel in the crown of Spanish wines. The vineyards of Andalusia have been in continuous production for over 3,000 years, having been first planted by the Phoenicians in 1100 BC. Highly prized by the Romans, and named the best wine in the Empire, the vineyards survived the 700-year Moorish occupation and eventually provided a foundation for the British Empire!

Participants will explore the history and the landscape of Andalusia where the Palomino and Pedro Ximenes grapes are grown and turned into sherry. We will also examine the very unique Solera system, used to ensure a standard of culture and quality that can be repeated year after year, decade after decade, and century after century.

As soon as you register, you will be sent a welcome letter with a list of suggested wine and cheeses for the evening, as well as instructions for joining the class.

In the comfort of your own home and the company of friends. 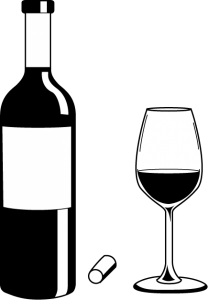