THROUGH THE EDUCATION DEPARTMENT

Coral Gables Museum is proud to present the Artist-In-Residence program through the Education Department.

Artist-In-Residence through Education is an artist, group of artists, or cultural organization that will share their expertise, programming, and products regarding cultures of the world with the community.

These occurrences are conceived as part of an agreement* with the Education department and take the form of  public events, school programs, classes, workshops, among others.

*Agreements between parties are negotiated on a case by case basis.

South Florida Chamber Ensemble (SFCE) is a non profit organization dedicated to improving the lives of South Florida residents through music.  The group formed in 2011 when the Art Trio and the New York Wind Trio merged.  The vision of the ensemble is to use music as a catalyst for change with respect to education, social justice, economic equality, and health and healing. 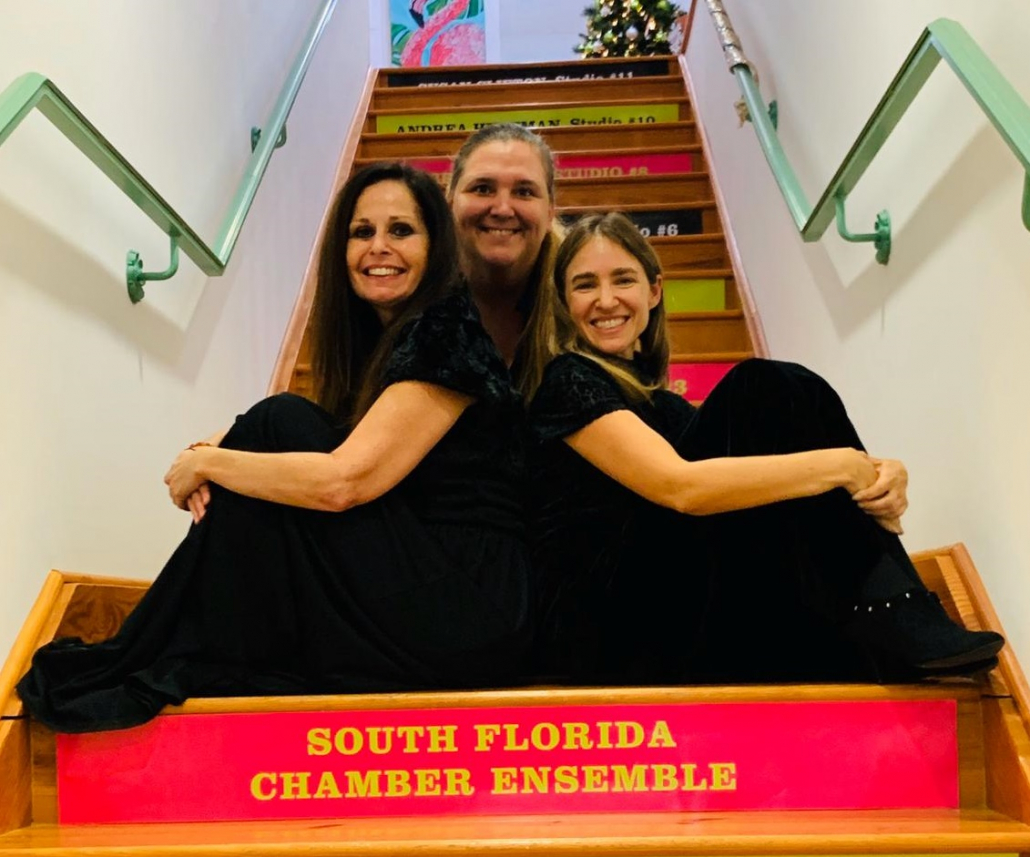 Reading comprehension is assessed through a series of visual art activities where students draw or color their answers to questions about the story.  Programs are available in English, Spanish or French.

Stories are narrated live and contain live music that was originally created to for a stage version of the story. 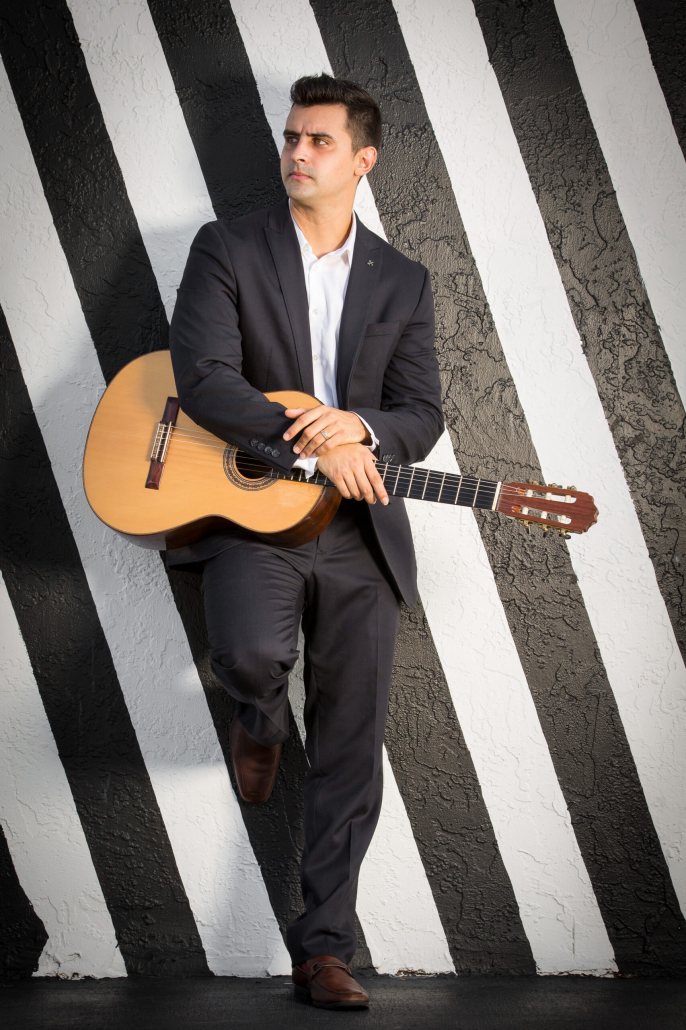 Federico Musgrove Stetson is a classical guitarist, educator, and concert presenter based in Miami. He is active in the performing arts scene as founding President and Executive Director of the Florida Guitar Foundation, a non-profit organization, dedicated to the classical guitar and its music. Through this organization Dr. Musgrove Stetson has presented over 40 concerts and received over 20 grants to bring classical guitar programming to Miami. In 2017, The Miami Foundation recognized him as a Miami Leader for his contributions to the local cultural scene.

Federico also serves as Director of Regional Symposia for the Guitar Foundation of America and had the honor of co-hosting the 2019 GFA National Convention and Competition in Miami.

Dr. Musgrove Stetson is currently a Lecturer of music theory and composition at the Frost School of Music, University of Miami, where he serves as a member of the Experiential Music Curriculum Leadership Team.

Federico is very fortunate to be able to share his passion with different audiences. With over 18 years of solo performance experiences that have taken him to South America, Central America, North America, Europe, and China, he has also played with several groups including the Miami Guitar Trio, the FIU Symphony Orchestra, The Frost Symphony Orchestra, the Henry Mancini Institute Orchestra, the Florida Grand Opera, the New World Symphony, the Santa Fe Desert Chorale, and has had the opportunity to play under the baton of Michael Tilson Thomas, Jeff Beal, and James Newton Howard.

Federico was born in Buenos Aires, Argentina, and moved to the USA in 2001, where he completed all of his undergraduate and graduate studies in music. In 2017, he graduated from the Frost School of music at the University of Miami with a Doctor of Musical Arts degree, where he studied with Rafael Padron and attended under a full scholarship and served as a Teacher Assistant and Henry Mancini Fellow.

Throughout his studies, he played in masterclasses for artists such as Denis Azabagic, Manuel Barrueco, Margarita Escarpa, Máximo Diego Pujol, Berta Rojas, LAGQ, and Hopkinson Smith to name a few. Dr. Musgrove Stetson has given several lectures on pedagogy and arts management including a discussion on his DMA Essay on Music Memorization for the classical guitarist at the 2017 Guitar Foundation of America Convention in Fullerton, CA. Federico is very passionate about all aspects of music and also holds an audio technology diploma from SEA Miami. 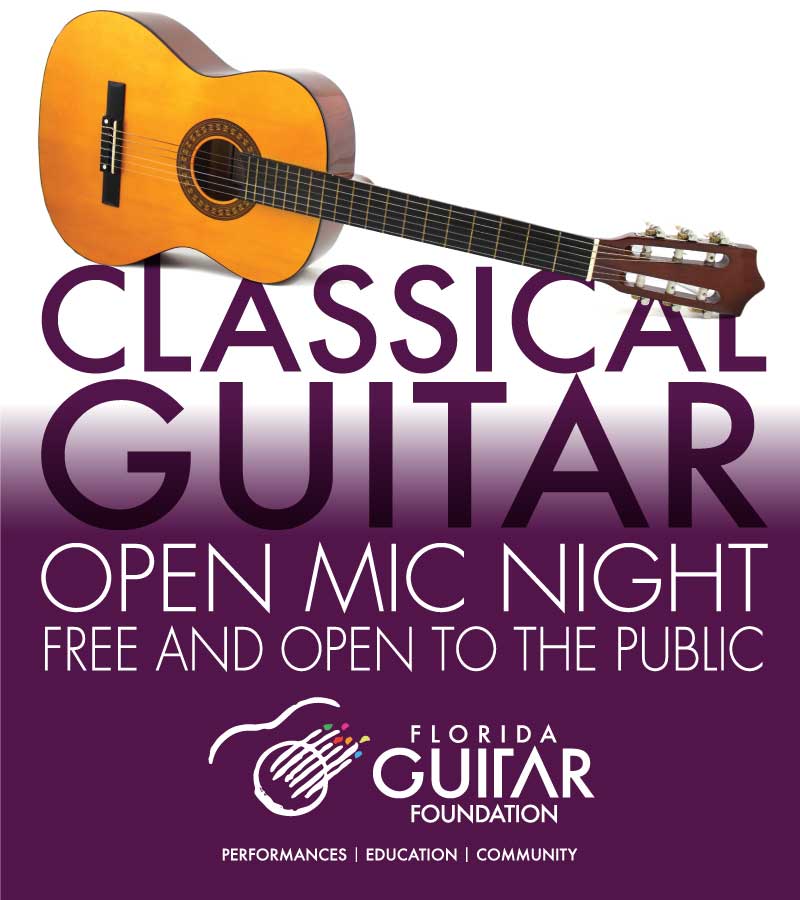 Florida Guitar Foundation presents Open Mic at Coral Gables Museum, an event that provides the community with a friendly environment for classical guitarists of all skill levels to perform for others and a forum to discuss guitar and music related subjects with all participants. Dr. Musgrove also offers music classes during Children’s camp at Coral Gables Museum. 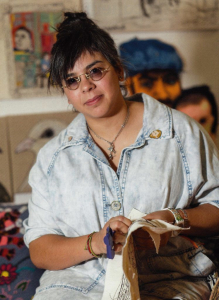 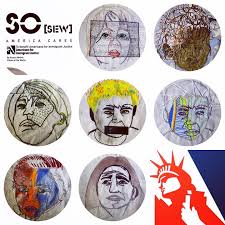 Aurora Molina is a Miami-based artist, whose interdisciplinary fiber art practice is dedicated to social change and raising awareness of far-reaching issues such as: ageism, the objectification of beauty, the failings of government, political apathy, anti-immigration, the border separation of families, and the mistreatment of indigenous communities, to name just a few.⁣
⁣
Using the tools of embroidery, sculpture-making, drawing, photography, and video, she uses the radical potential of fiber art to communicate ideas about social and political issues. Her multifaceted platform provides a sustained and powerful critique of a society that “dismisses” the elderly as they become invisible and hidden from everyday life. ⁣ 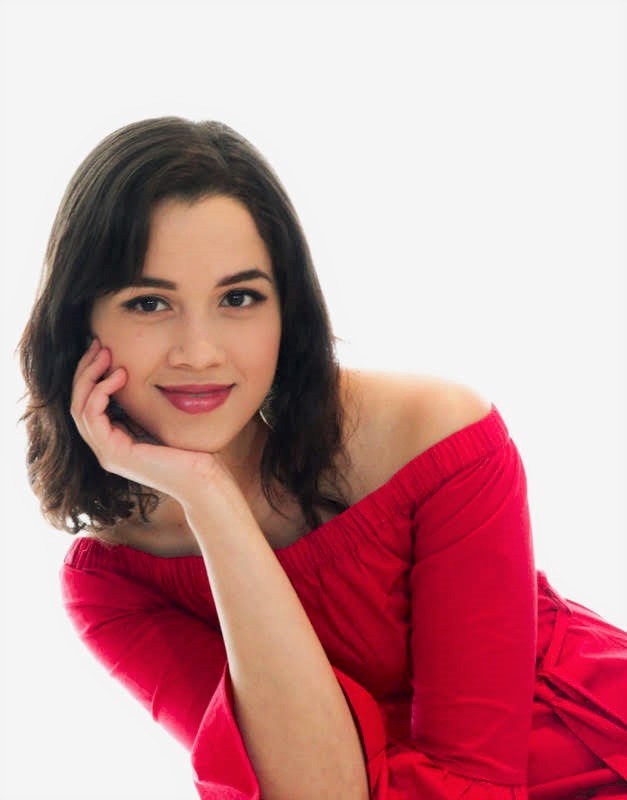 Rosangel Perez is an accomplished pianist and music teacher graduated from University of Miami with a Bachelors of Music in Piano Performance under the guidance of Santiago Rodriguez.  She is currently pursuing a Masters in Music Education.

At the age of 16, Rosangel moved to New Jersey and was awarded a scholarship to study at the Pre-College Program at Manhattan School of Music, NY. She received lessons from world-renowned pianists such as Golda Tatz, Lisa Yui and Horacio Gutierrez. Amongst her accomplishments, she received the Josephine Fry Award (First Place) at the Piano Teachers Congress of New York Honors Program Competition and performed at Carnegie Hall, NY. She also had the opportunity to perform at the Kaufman Music Center, NY, as a result of being awarded Gold Prize in the International Virtuoso Competition.

Compositum Musicae Novae is a 501(c)(3) not-for-profit organization of classically trained composers, musicians, dancers, visual artists, and literary artists dedicated to producing, performing, and exposing the public to new artistic expressions in music, dance and the visual and literary arts. Their many outreaches to the community involve performing at the Miami Veterans Hospital, as well as doing children’s concerts, which highlight music from antiquity to modernity, while showcasing instruments such as clavichord, harpsichord, and theremin.

CMN performs during Family Day and does interactive performances and appearances during Children’s Camps at Coral Gables Museum. 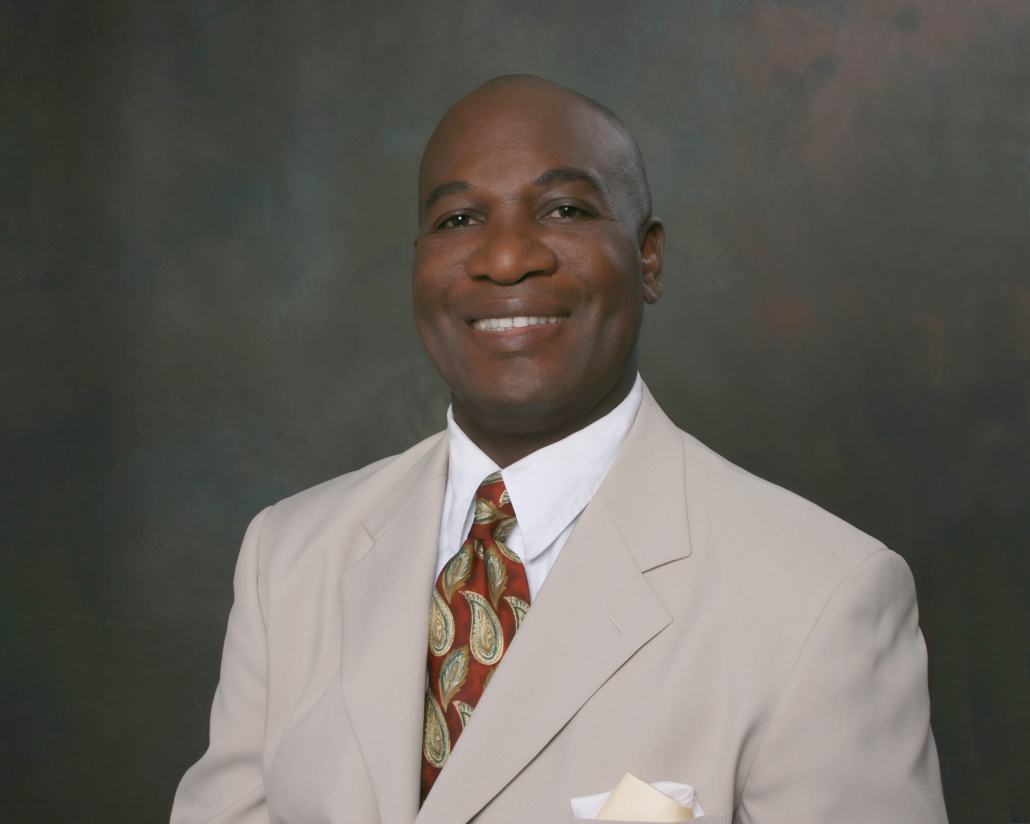 A native of the Republic of Trinidad & Tobago, Peter London is the Founder, Artistic Director and Choreographer of The Peter London Global Dance Company, (PLGDC, Inc) founded in 2011. PLGDC, Inc. is a 2011 $120.000.00 Knight Foundation Challenge Grant Winner. Regarded by The Miami Herald as “a revered and beloved dance teacher,” London is an honors graduate of The Julliard School and serves as a distinguished professor of dance at Miami-Dade College / New World School of the Arts. He was  Barataria Dance Group’s award winning director, dancer and choreographer, and as one of Trinidad & Tobago’s leading dance company from 1979-1983, representing the government as cultural ambassador to  Dallas 1977 International Trade Fair, CARIFESTA 1979 in Cuba and CARIBANA in Toronto, Canada. As a principal dancer  ( 1978-1983) of the Astor Johnson  Repertory Dance Theatre of Trinidad & Tobago, he performed locally for  six seasons and toured the United States and Haiti.  As a principal dancer of the  the prestigious Martha Graham Dance Company, London worked closely with the legendary Martha Graham  who created the role of the “Shaman” for him in her 1988 ballet ” Night Chant”,  and recreated roles  for him in her ballets American Document  and El Penitent which he danced  with Michael Baryshnikov at New York’s  City Center Theater. London’s principal roles included The Shaman in the “Rite of Spring”, Paris in “Clytemnestra”,  The Man In White in “Diversion of Angels”, the Chief Male Celebrant in “Acts of Light”, Tiresias in “Night Journey” and The Snake in “Circe” among others. London  danced in the Graham company City Center Theater 1992 season in Twyla Tharp’s world premiere of  “Demeter &  Persephone” and  Robert Wilson’s  1993″ Snow on the Mesa “. He is a faculty member at the Martha Graham Center of Contemporary Dance and  performed world wide  with  the Graham company  from 1988- 1997, including nine seasons at New York City’s City Center Theater and at the Herod Atticus Odeon at the Acropolis in  Athens, Greece,  Israel, Brazil, Canada, Thailand, Singapore, Hungary, Prague, India, Taiwan, Hong Kong and at New York’s  Metropolitan Opera House, the Pompeii amphitheater, Italy,  L’Opera Garnier de Paris, Shinjuku Bunka Center, Tokyo, Japan, where he can be seen  on film in the latter two performances and at the Het Music Theater in  Amsterdam, Holland. He has performed at the Kennedy Center Honors, and for President Gerald. R. and First Lady Bette Ford and the Crown Prince of Japan. From 2007, London  has served as Graham’s Senior Artistic Associate for  tours to  Colombia, Germany, the  Netherlands and Italy. In 2017, he served as rehearsal director for Graham’s production of “Diversion of Angels” for the Rome Opera Ballet, Italy, and as a two time  judge ( 2011-2012) for the  Seoul, Korea’s International Modern Dance Competition and  performances at City Center Theater and The  JOYCE Theater in New York City.  In 2012,  London completed a choreographic research with  South Korea’s National Modern Dance Company. As a member of the Jose Limon Dance Company, London performed at the  1987 American Dance Festival, The JOYCE  Theater,  Mexico, Uruguay and   Teatro Colon in Argentina. From 1979 to present, London has created over fifty  choreographic works based on African dance retention in the Caribbean and contemporary dance fusion of modern, classical and Afro Diaspora dance techniques. London  recently commissioned  original scores from composer Ezra Haugabrooks for his  2019 production of “Black Men Stories” and 2020 “WOMEN ROSES WATER” premiered at the Adrienne Arsht Center. London was a  1983 recipient of a special scholarship  by Alvin Ailey and was an AILEY Summer Intensive Faculty member and Choreographer  from 1997-2010.  He is also an active mentor to some of the biggest stars in professional dance such as principal dancer Jamar Roberts of the Alvin Ailey American Dance Theater, Lloyd Knight and Mariya Dashkina Maddux, principal dancers of the historic Martha Graham Dance Company, and La Michael Leonard of New York City’s Bill T. Jones / Arnie Zane Dance Company. 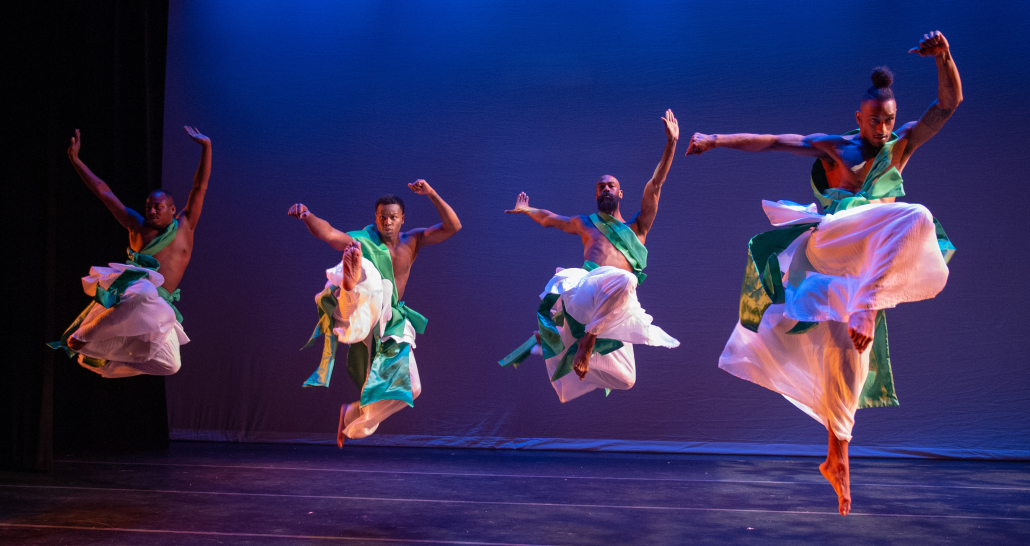 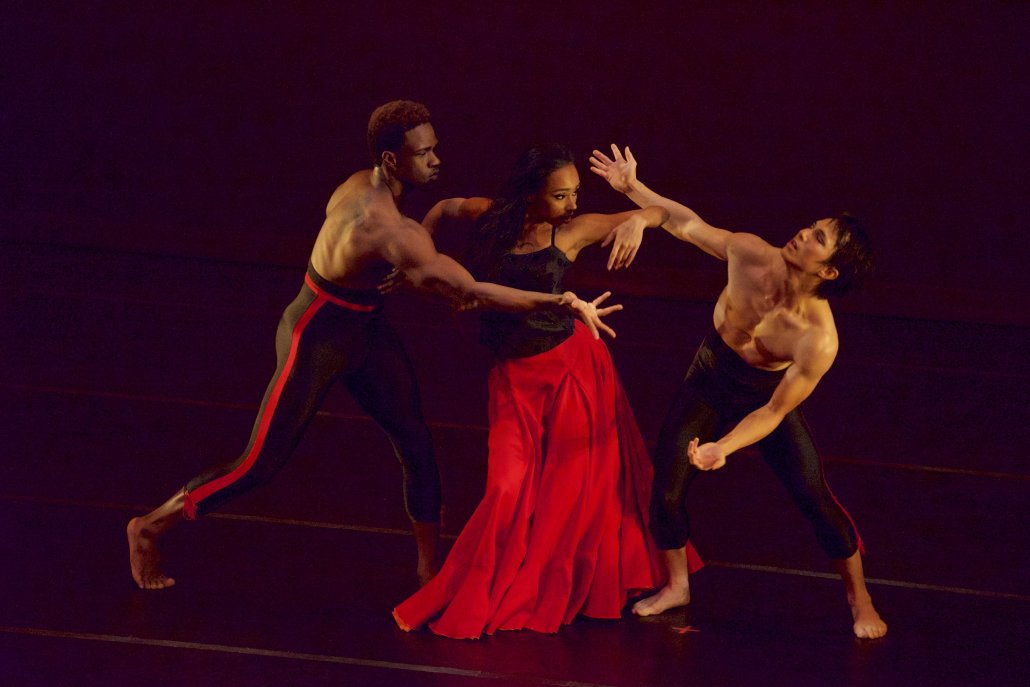 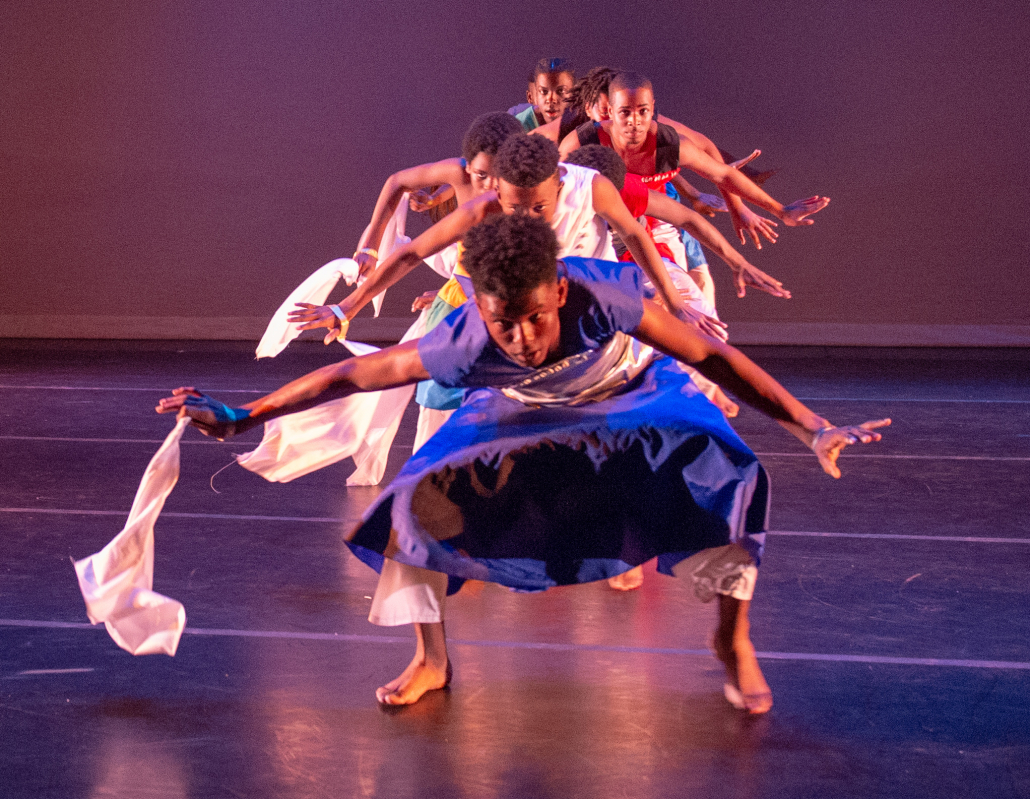 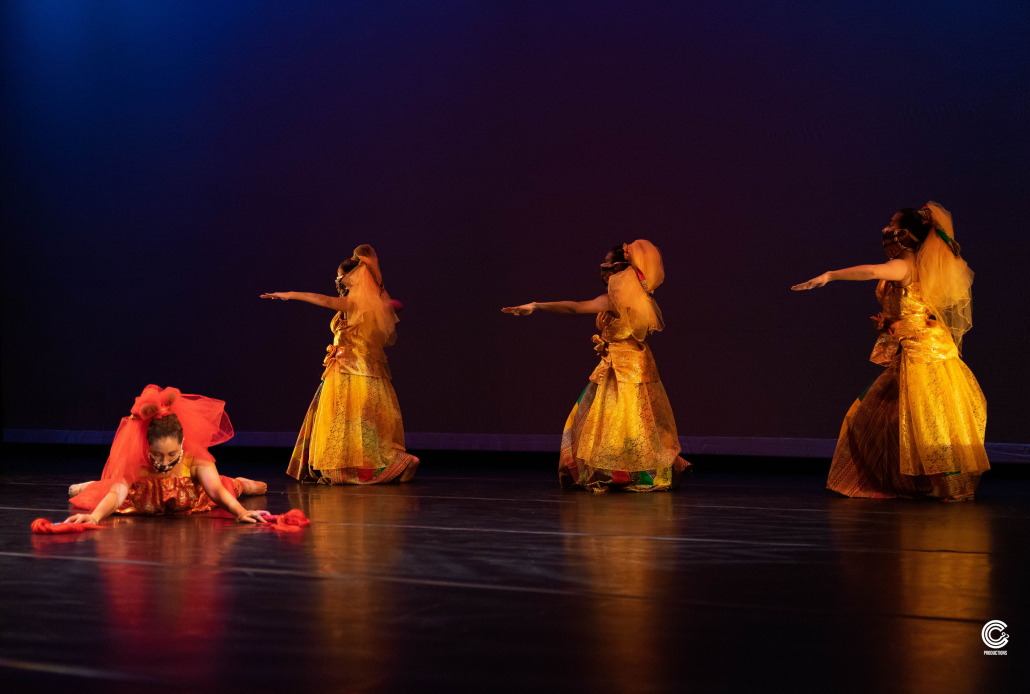 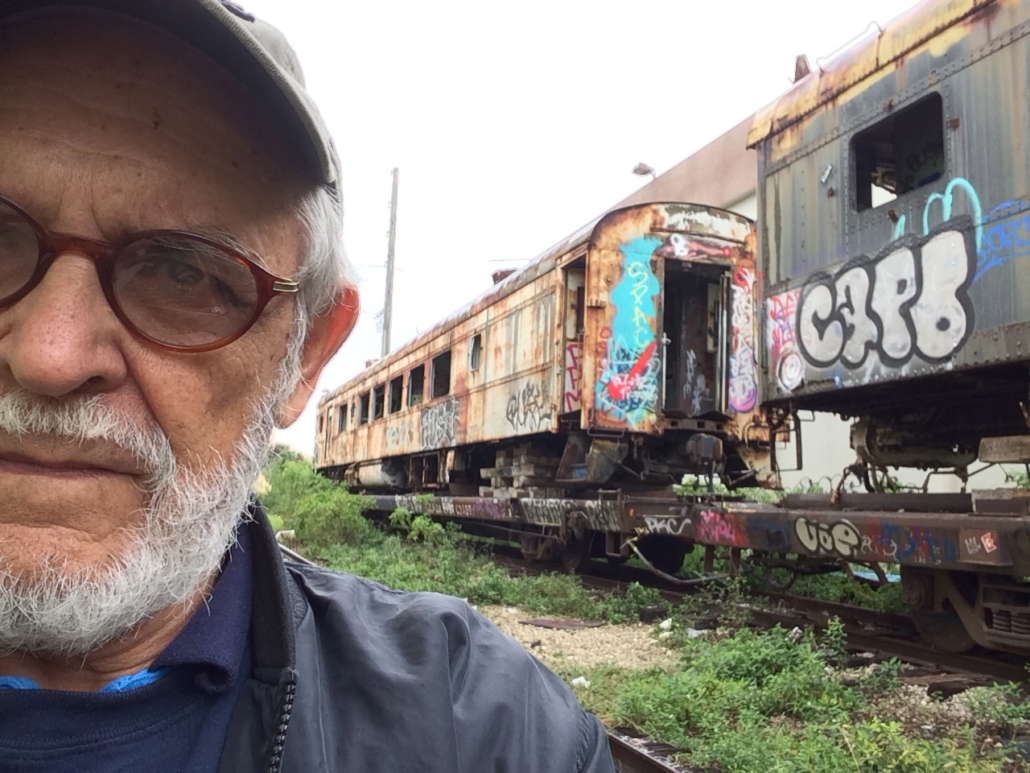 Tony Fernandez studied Photography and Cinematography at the Institute of Design in Chicago. For over twenty years he has taught Film and Photo at the high school and college level. His photographs are in the collection of the George Eastman House and the Cleveland Museum of Art.

“Art provides me the opportunity for introspection, self-evaluation, and growth. In the process, I may be fortunate and create meaningful work. Concurrently, through Art, I can provide students meaningful experiences that allow for their own introspection, growth and development.”-TF 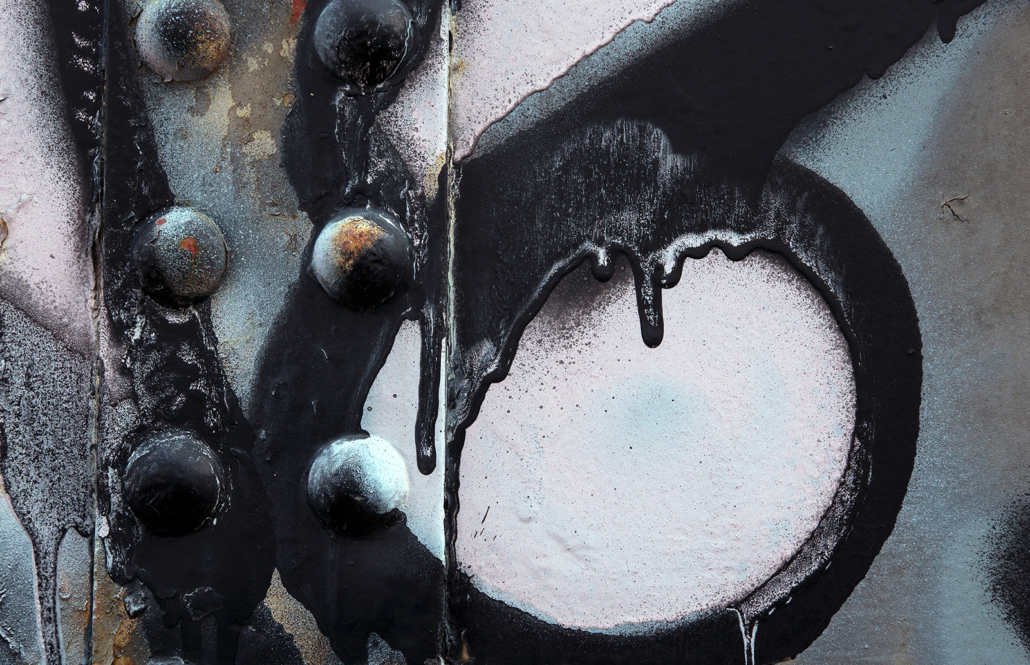 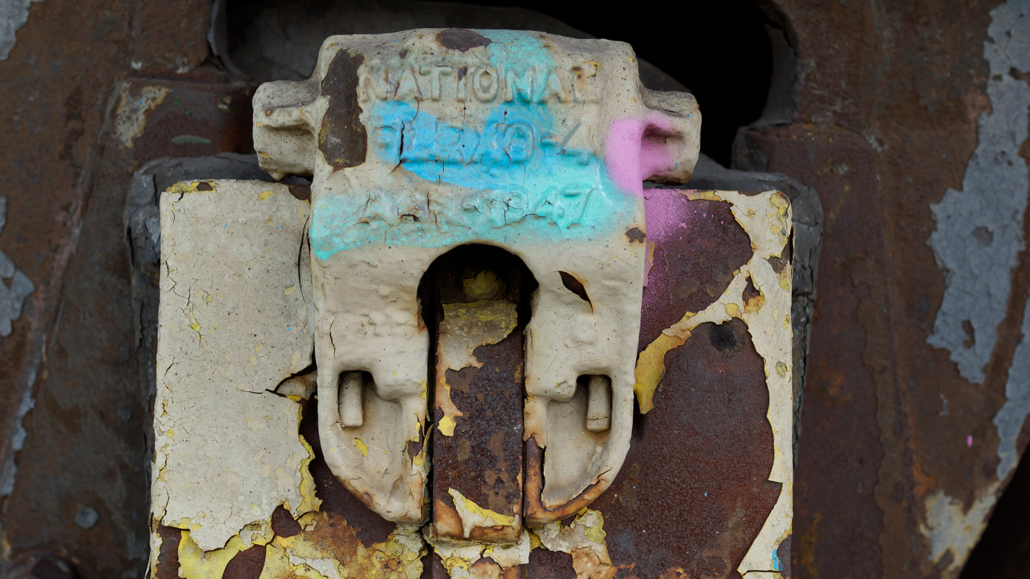 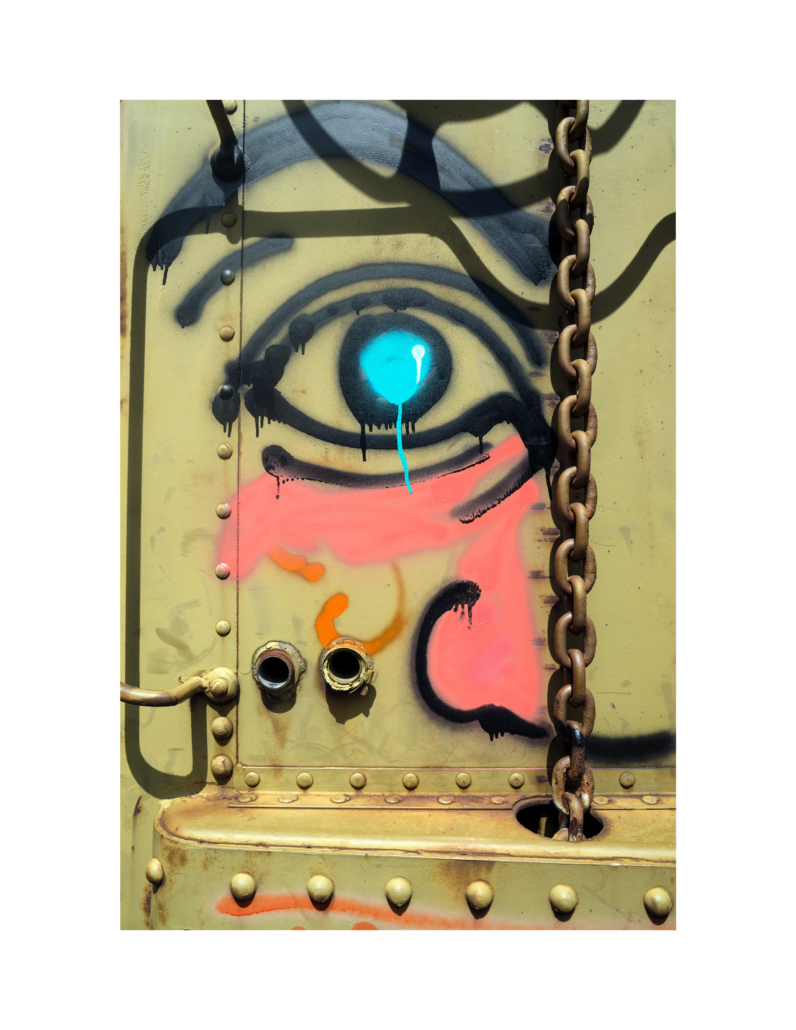 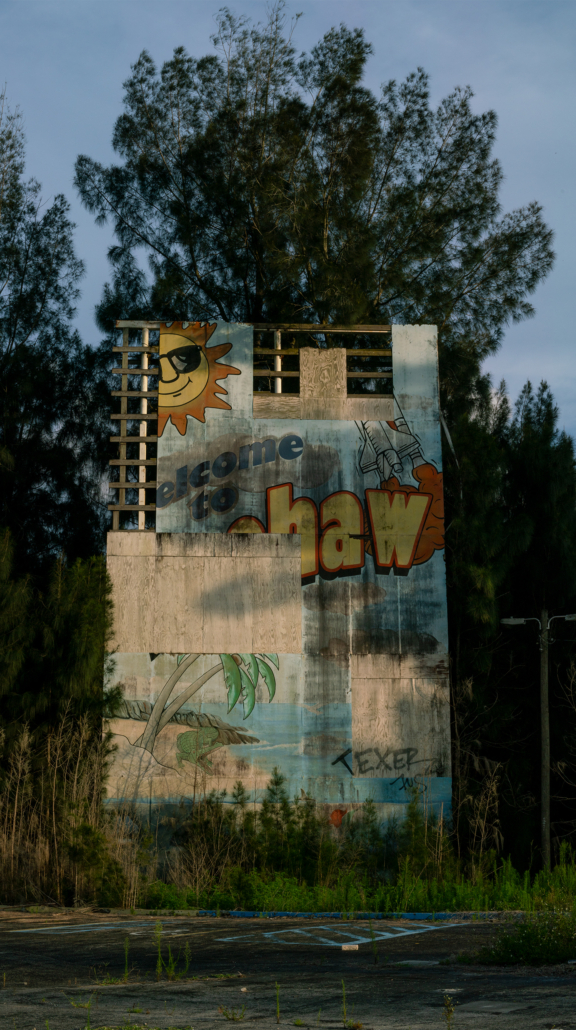 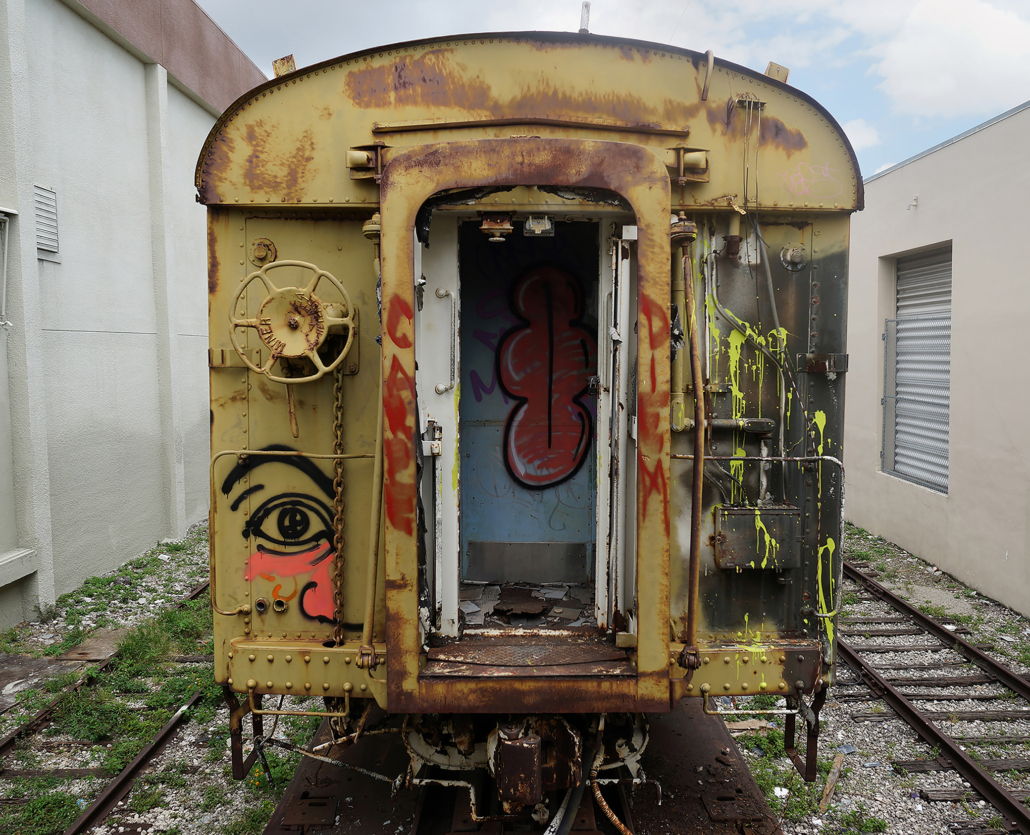 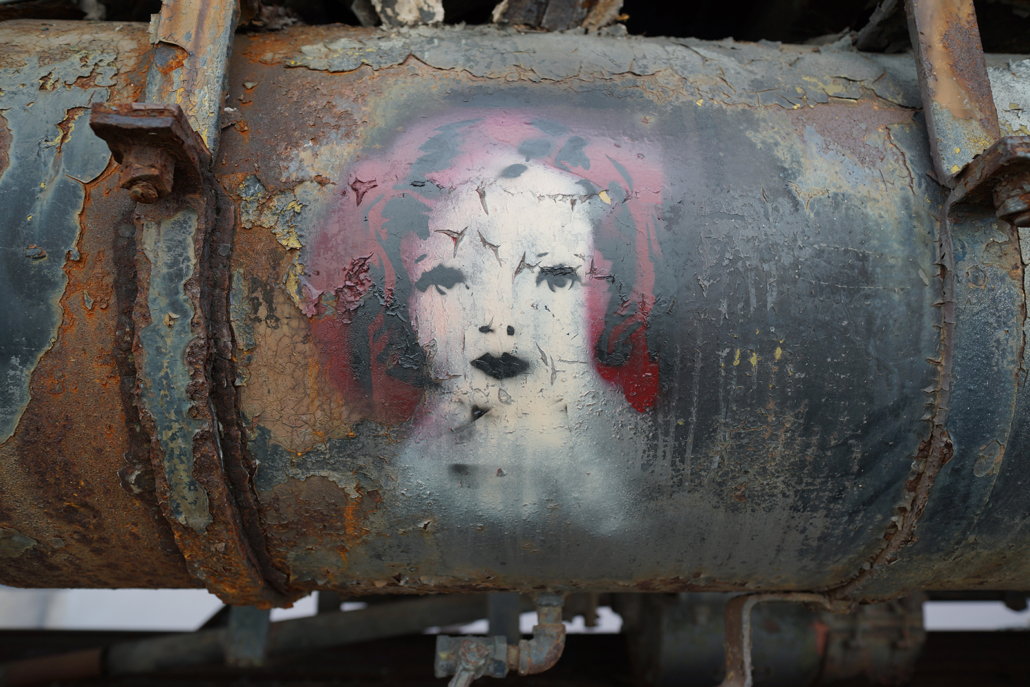 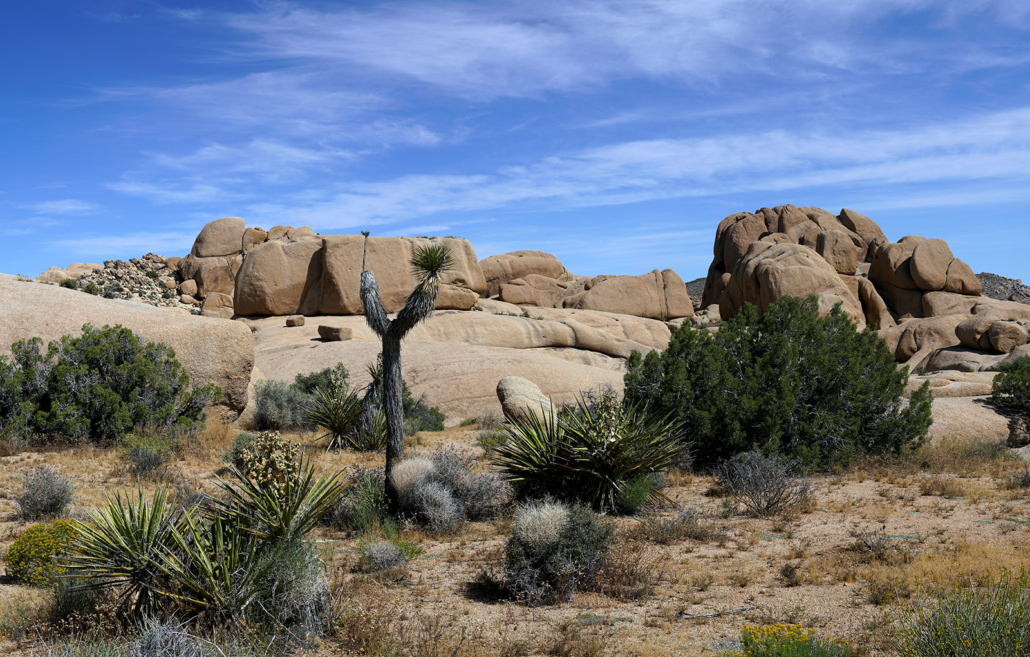 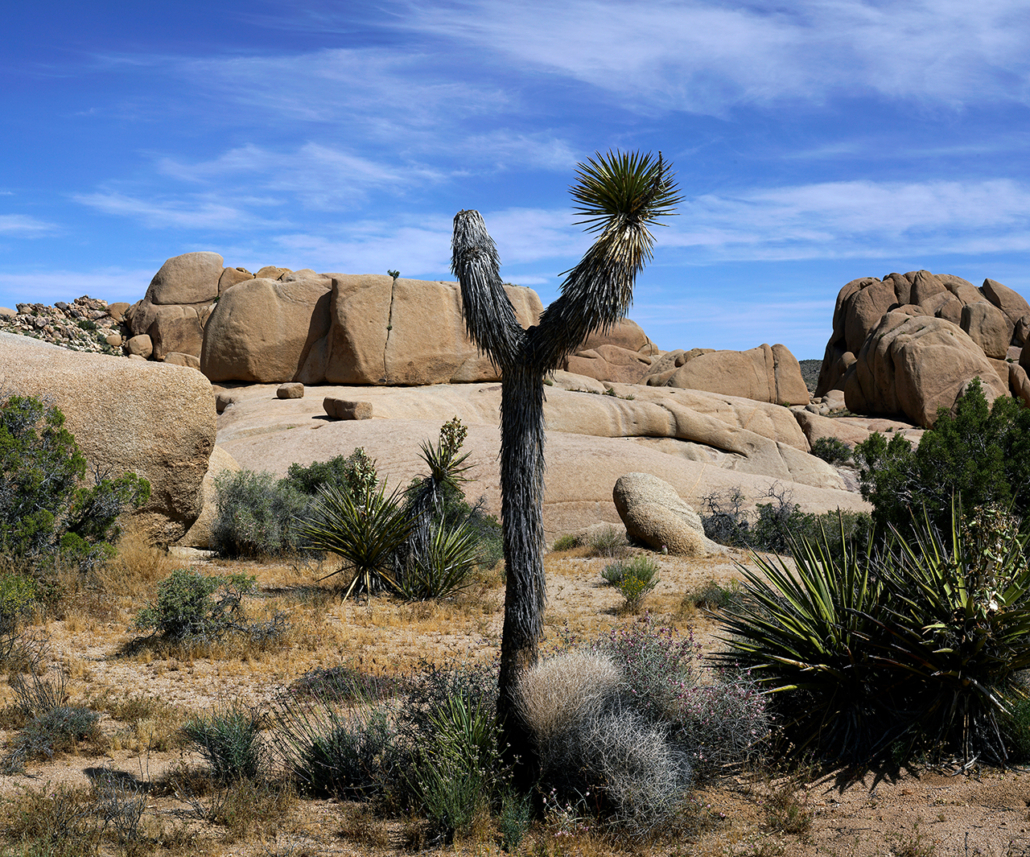 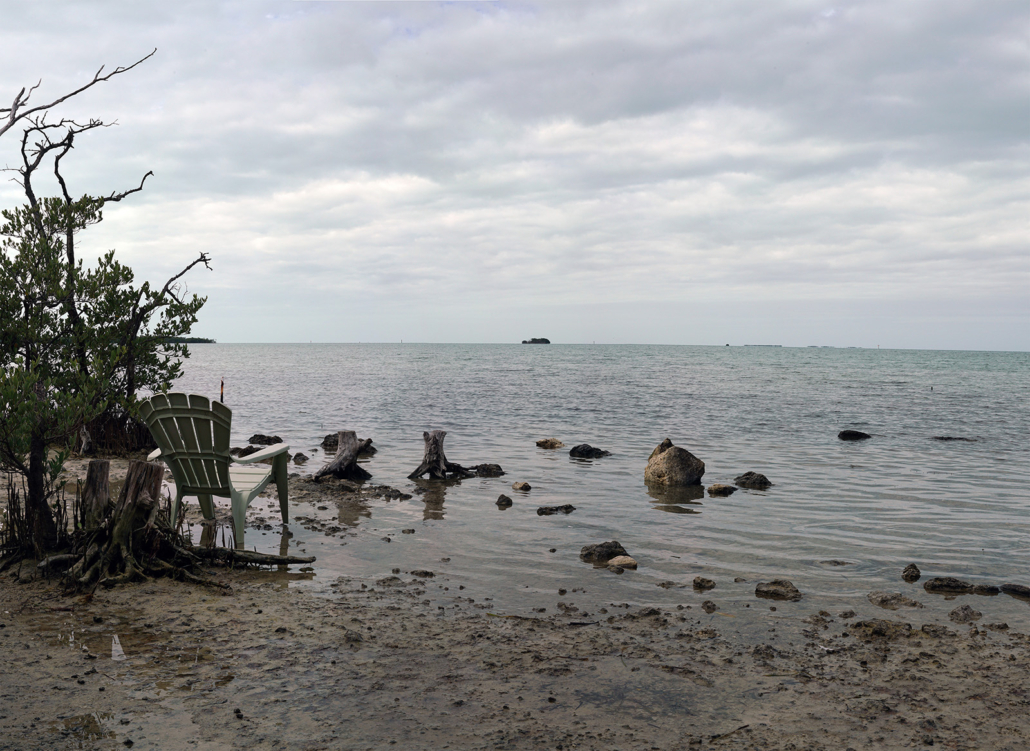 Tony Fernandez imparts photo workshops to teachers and to the community, as well as photo classes to campers at Coral Gables Museum.