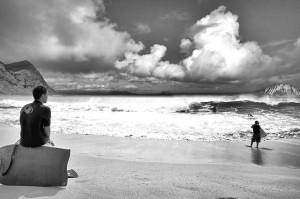 “In this series of photographs, I like to establish the equality of absolute chaos to perfect order. First by presenting a balance between abstraction and representation and second, by exploring a relationship or disassociation between natural and manmade forms; juxtaposing the shapes of disarray into an organized manifestation. I want the images to create the illusion of an eternal now by directly transmuting a visual notion where scale as well as dimensional time is nonexistent. The quest for discovery leads me to places in which revelations of forgotten memories are solved by the fact of mere presence, and although I try to maintain an inquisitive yet detached attitude in my findings, I am nonetheless overwhelmed to recognize the regenerative powers of nature, transcending beyond time and circumstance.”

Cuban born, raised in different countries, including Buenos Aires, Argentina and Sao Paulo, Brazil, Carlos Causo moved to the United States for College after graduating from an American high school abroad. Causo earned a Masters in Fine Arts Photography, Video and Related Media at the School of Visual Arts, New York, where he received the Paula Rhodes Memorial Award. He is also the recipient of the Cintas Fellows Award (1992). Since 1994, Causo has worked in the commercial sector of photography in Miami and has enjoyed teaching fine art photography and Photoshop.