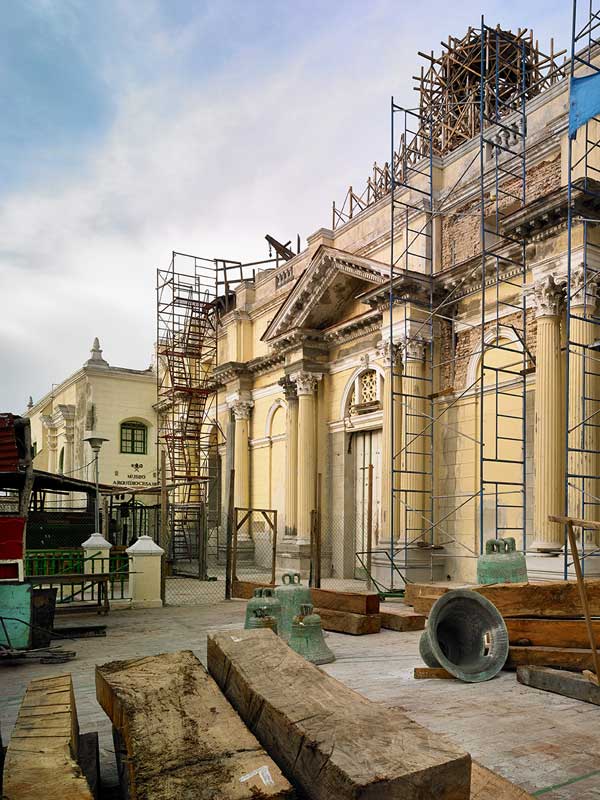 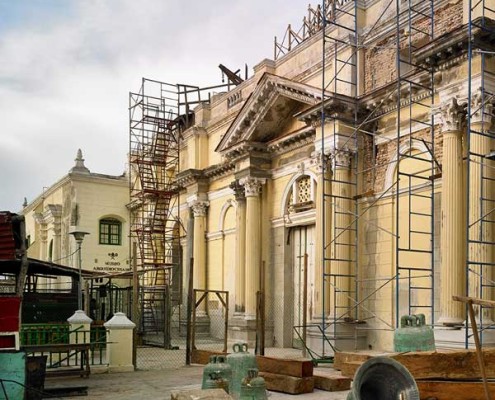 Santiago De Cuba is adorned with Spanish Colonial churches from the 17th and 18th century, now in desperate need of restoration. This series was documented by photographer Carlos Domenech in 2013, following the destruction caused by Hurricane Sandy in 2012. Domenech was invited to the Island by Monsignor Dionisio Garcia, a childhood friend who is currently heading the effort to restore these churches without government aid. This marked Domenech’s first return to Cuba since leaving the island in 1966. His photographic approach documents the unfortunate present conditions of these historic buildings. This exhibit will provide the name, date and style of each featured church and describe the restoration efforts underway.