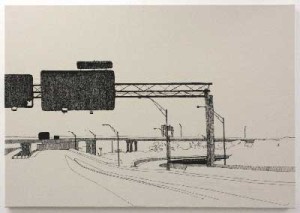 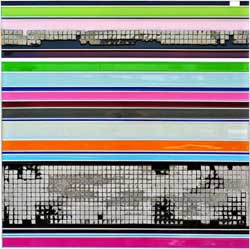 Beauty can be found in the unlikeliest of places. Local artists have grown and developed their styles while responding to their changing surroundings in Miami.

The Bakehouse Art Complex (BAC), originally built in the early 1920’s as the American Bakeries Company, became a nonprofit art complex in 1986. Located in Wynwood, nestled amid the I95, the 112 and North Miami Avenue, the artists who reside there are emerged in the heart of Miami urban life, landscape and evolution. The gritty city with its undeniable aesthetic appeal inspires and influences its inhabitants. Images of urbanism mirror the city, creating an echo that vibrates between works of art and the city skyline filled with all of its wonders from skyscrapers to pigeons on electrical wires.

As the Coral Gables Museum is dedicated to the civic arts, including architecture, urban design and development, this exhibit will present selected works by BAC resident artists that respond to the current urban environment.